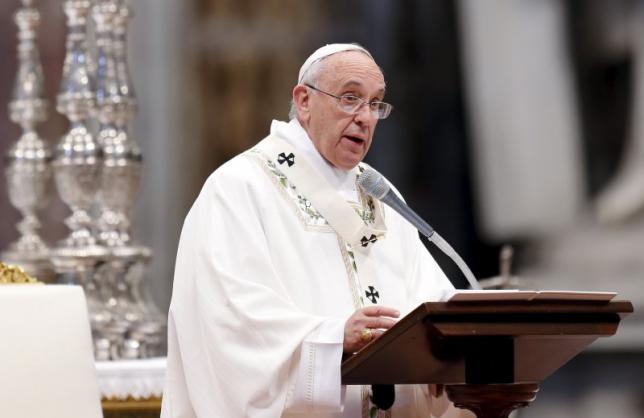 As the Holy Year of Mercy fast approaches, Pope Francis continues his work at achieving a more inclusive and less dogmatic Catholic Church, as reflected in his recent decision involving abortion.

In a bulletin written in September addressed to Archbishop Rino Fisichella, President of the Pontifical Council for the Promotion of New Evangelization, Pope Francis expressed his views on the “tragedy of abortion,” stating, “I think in particular of all the women who have resorted to abortion. I am well aware of the pressure that has led them to this decision.”

Abortion is viewed by the Catholic Church as grounds for excommunication, a grave sin for which dispensation can only normally be obtained from highly placed church figures, such as a bishop. But for the approaching Holy Year of Mercy, beginning Dec. 8, 2015 to Nov. 20, 2016, Roman Catholic priests are allowed “to absolve of the sin of abortion those who have procured it and who, with contrite heart, seek forgiveness for it.”

Father Ciro Benedittini, deputy Vatican spokesman, revealed in an interview with Reuters that this dispensation is allowed only during the Holy Year for women who have had an abortion, although no mention was made of those who perform it.

In the same letter, the Pope went on to say, “I have met so many women who bear in their heart the scar of this agonizing and painful decision … yet only understanding the truth of it can enable one not to lose hope. The forgiveness of God cannot be denied to one who has repented, especially when that person approaches the Sacrament of Confession with a sincere heart in order to obtain reconciliation with the Father.”

This policy, though, is not to be seen as a change of official teaching, says John L. Allen, Jr., Catholic commentator, in an article he wrote on the Crux website where he is associate editor.

He wrote, “In effect, what Francis has done instead of changing doctrine is to extend the range of mercy to anyone who seeks forgiveness with what he describes as a ‘contrite heart.'”

The Pope expressed that this stand on abortion is an “agonizing and painful decision.” He is aware that this decision will not be popular among the conservatives, according to David Willey of BBC in Rome.

This recent move is seen as a reflection of the “great pastoral approach and concern of Pope Francis,” says Rev. Thomas Rosica of the Vatican Press Office, characteristic of his papacy as being widely compassionate and merciful.

The Jubilee Year is celebrated every 25 years and is seen as a highly significant event in the Catholic Church.