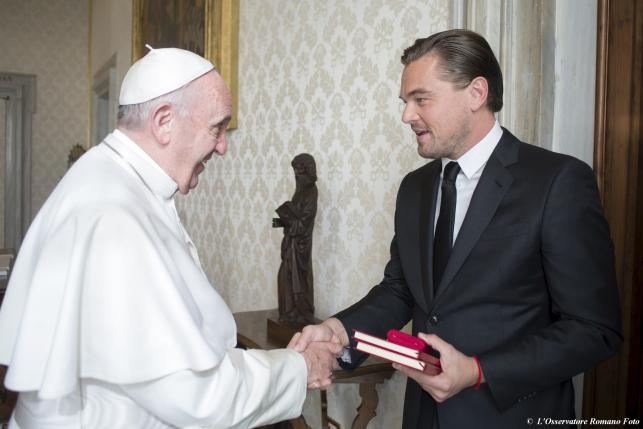 Pope Francis is set to appear in a children’s movie titled, “Beyond the Sun.”

The 79-year-old pontiff will play himself in an upcoming Italian film making him the first pope to appear in cinema after Pope Pius XII 60 years ago. “Beyond the Sun,” which filming starts this year, is a family adventure movie based on the gospels.

Although Monsignor Dario Vigano, head of the Vatican’s communications operation, noted on Tuesday that “the pope is not an actor,” this film will be an answer to Pope Francis’ call for filmmakers to spread Jesus’ message through creative visual narratives told especially for children.

“Our excitement and gratitude toward His Holiness, Pope Francis, participating in this film is beyond words,” said Andrea Iervolino, co-founder of AMBI Pictures the film’s executive producer and distributor. “This is not just a movie for us, it’s a message, and who better to have on your side to deliver an important societal and spiritual message than the Pope?”

According to the 27-year-old filmmaker, the proceeds of the film will go to two Argentinian charities: El Almendro and Los Hogares de Cristo. These organizations are dedicated to helping children at risk and young recovering addicts.

“This message and cause are very dear to the entire AMBI family and we are honored and inspired by the level of collaboration from the Vatican,” Iervolino added.

According to The Guardian, the Pope’s favorite films include “Rome,” “Open City,” “Babette’s Feast” and “La Strada” earning him artistic and spiritual credibility among filmmakers. Artists in the industry have sought for his approval for films containing Christian themes.

Oscar winner Angelina Jolie has visited Pope Francis to screen her film, “Unbroken” in January 2015. And just last week, “The Revenant” actor Leonardo DiCaprio also graced the Vatican to discuss his environmental concerns with the pontiff.