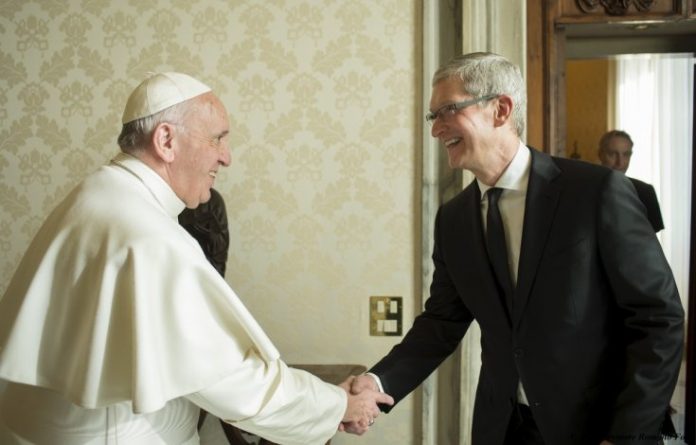 In celebration of the Roman Catholic Church’s World Day of Communication, Pope Francis acknowledged on Friday that modern technology as a “gift of God which involves a great responsibility.”

Reuters reports that the 79-year-old pontiff, who admitted he is “a disaster” in computers and smartphones, said, “Emails, text messages, social networks and chats can also be fully human forms of communication.”

However, it is up to users on whether they choose to use these modern forms of communication with good intentions or not, saying, “It is not technology which determines whether or not communication is authentic, but rather the human heart and our capacity to use wisely the means at our disposal.”

His message was released just in time for his meeting with Apple Chief Executive Tim Cook, who took over the giant technology company shortly before the passing of former CEO and founder Steve Jobs in 2011.

Pope Francis, whose Twitter account is @Pontifex, added that social networks can either build a more pleasant society or be a venue of division and abuse.

“Our words and actions should be such as to help us all escape the vicious circles of condemnation and vengeance which continue to ensnare individuals and nations, encouraging expressions of hatred,” the Pope explained, as quoted by Raw Story.

He also pointed out that social media users should respect “the neighbor whom we do not see.”

The pope has previously mentioned his concern for people who have become too attached to their phones and relationships online in his 10 commandments on climate change  which was published in his encyclical in June. The pope called for a “cultural revolution” to change the lifestyles of modern people and to develop a deeper concern for the environment and future generations.

Commandment numbers 6 and 7 state: “Don’t be a slave to your phone” and “Don’t trade online relationships for real ones.”