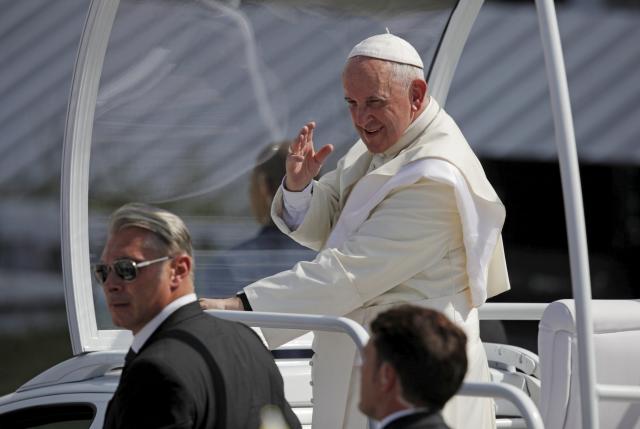 Pope Francis calls all Christians to “join in professing” their faith in Jesus Christ amid criticism from traditional Catholics for his “unprecedented expression of openness” to Protestants.

The Telegraph reports that traditionalists are firing at the Roman Catholic leader as the Vatican strengthens its support for Lutherans in the pontiff’s attempt to unite all Christians.

The Lutheran World Federation (LWF) and the Pontifical Council for Promoting Christian Unity (PCPCU) released a book titled “Common Prayer,” which was criticized by traditionalist blog Rorate Caeli as mostly “Protestant material” and “one-sided praise for the reformation.”

Critics are also reportedly outraged when the Vatican supported a decision to name a square in Rome after Martin Luther, a 16th Century German monk who started the reform against the Catholic Church in 1517.

Luther, who prompted the division of the church by writing a document questioning the Catholic doctrines in Wittenberg, was ex-communicated from the Catholic Church. Luther then revolutionized Christianity by starting his own Protestant church where he preached his theology.

Pope Francis addressed the said issue as he welcomed Finnish Lutherans in the Vatican on Monday.

“Your ecumenical pilgrimage is an eloquent sign of the fact that, as Lutherans, Orthodox and Catholics, you have recognized what unites you and together you wish to bear witness to Jesus Christ, who is the foundation of unity,” the pontiff said.

“In our dialogue, differences still remain in doctrine and in practice,” Francis continued. “This must not discourage us, but instead spur us along our journey towards ever greater unity, not least by working to overcome old ideas and suspicions.”

Meanwhile, Austen Ivereigh, author of the pope’s biography titled the “Great Reformer,” defended Francis’ controversial move to “create new spaces for the churches to work and pray together.”

“In this sense, it makes him prophetic because he is taking the church into territory that is new and he is doing it outside the traditional channels of dialogue,” he said. “That is why he makes not just traditionalists nervous, but also plenty of people within the Vatican.”

The book “Common Prayer” is in preparation for the Lutheran’s 500<sup>th anniversary of reformation next year.

ABOUT US
VineReport provides the top and most engaging news stories from around the globe, from world and politics to entertainment and sport. We seek to bring the freshest news each day from the spectrum of stories that matter the most to you.
Contact us: [email protected]om
FOLLOW US
© 2017 Vine Report. All Rights Reserved.
MORE STORIES

North Korea will not use nuclear weapons against others unless provoked,...