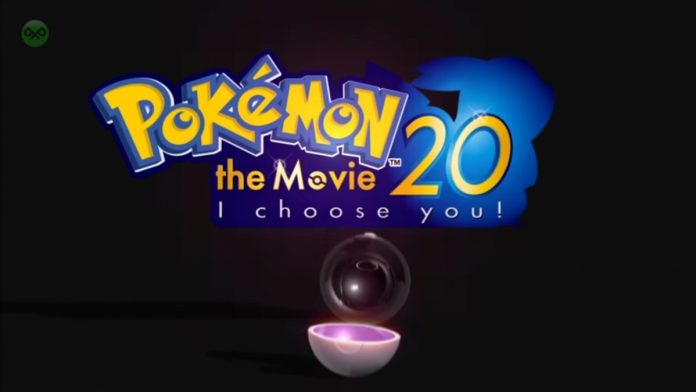 The most anticipated Japanese animated film, “Pokmon the Movie 20: I Choose You!” has unveiled its official movie trailer, along with its release date.

The film’s teaser video is over one minute long, and it features the young protagonist, Ash Ketchum, and Pikachu. Ash is seen training the bratty and chubby yellow Pokmon. There is a scene wherein Ash and Pikachu are thrown in the mud, and the pocket monster got hurt. While they’re walking at night, a bright light shines towards the mountain, and Ho-Oh passed by them. The winged Pokmon drops a rainbow-colored feather.

Based on the trailer, the movie is expected to be a retelling of the anime series from its very first episodes. As part of the Indigo League Saga, the film is set to mark the anime’s 20th anniversary.

Under the production of OLM, the 2017 movie is directed by Kunihiko Yuyama, with the screenplay handled by Shoji Yonemura. The first teaser was released in December of last year.

The anime-inspired film is scheduled to hit the big screen on July 15 in Japan. Unfortunately, the worldwide release date has not been announced yet.

Looking back, the first season of the saga featured the adventures of Ash and his friends, Misty and Brock, while they’re heading to the Indigo Plateau.

The very first episode is titled “Pokmon, I Choose You!” Ash just turned 10 years old at that time, and he was ready to become a Pokmon trainer. Unfortunately, he overslept and found the last pocket monster, Pikachu, at Professor Oak’s lab. The short yellow creature won’t listen to him. However, one day, Ash saved Pikachu from the flock of angry Spearow. The little Pokmon realized how his master cared for him that he started to befriend Ash.

While fans are waiting for the film, they can catch the first season of the “Pokmon” series on Netflix for streaming.

'The Blacklist' season 4 air date, spoilers: Liz to find out...