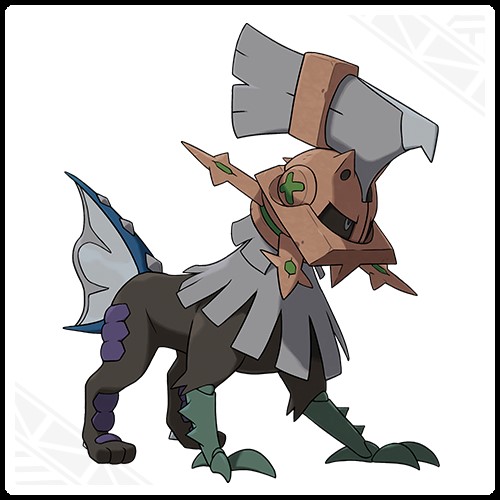 When The Pokmon Company introduced Type: Null early last month, fans were surprised with the appearance of the synthetically constructed chimera-like Pokmon. It looked like something Frankenstein would make. It was even described as “a Pokmon powerful enough to rival those Pokmon often spoken of in mythology.”

Now fans can know more about this mysterious Pokmon thanks to some images that were leaked from Japanese magazine CoroCoro. The images were shared by Serebii and from the looks of it, Type: Null will evolve into a Pokmon called Silvadi. Apparently, Type: Null will get rid of the helmet that is controlling its latent powers when it finds a trainer it can trust. This move would transform Type: Null into Silvadi.

According to Serebii, Silvadi is a just Normal-type Pokmon; however, it has a special item called Memory which can active the Pokmon’s AR System ability that allows it to switch into any of the 18 types available. Right now, it is not clear if a single Memory item can allow Silvadi to change to all types. Serebii notes that maybe trainers will have to collect 18 different Memory items for each type.

The color of Silvadi eyes, mane and tail will also change depending on the type. Furthermore, the Pokmon has an attack called Multi Attack and it also changes type.

Type: Null’s evolution isn’t the only one revealed by Serebii. The site also gave fans a look at the Poison/Dark-type Pokmon Alolan Grimer. Aside from that, Jangmo-o’s line of evolution was also revealed in the magazine. Jangmo-o will evolve into Jarango and then into Jararanga. Both are Dragon/Fighting-type Pokmon.

The magazine also confirms that Ilmia will be the first Trial Captain, while the first city in the game is called Hauori City in Japanese.

“Pokmon Sun” and “Pokmon Moon” will hit the shelves on Nov. 18 in Japan and North America. Europe will get the game on Nov. 23.

'Game of Thrones' season 6 news: Isaac Hempstead-Wright says it's his...