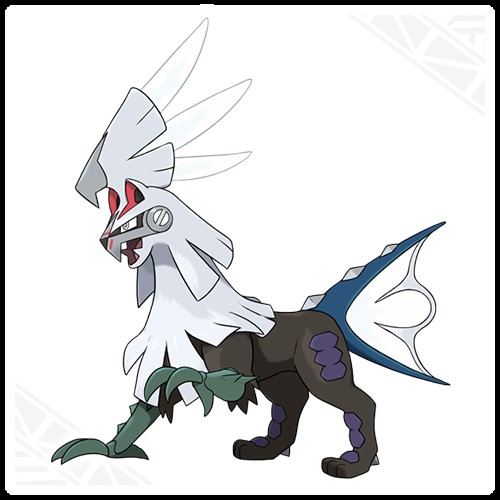 A few days ago, images of two new Pokmon and the Alolan Grimer taken from Japanese magazine CoroCoro were shared online. Now, The Pokmon Company has officially unveiled those three along with a handful of others.

The first one introduced is the Silvally. Type: Null evolves into Silvally when it finally finds a trainer it can trust. The mask it wears actually limits its true speed and senses. So with the mask discarded, Silvally is now free from its restraints. The synthetic Pokmon can change its type when items are inserted into its RKS System. It also has a move called Multi-Attack that changes type based on the item Silvally is holding.

Jangmo-o will evolve into Hakamo-o and then Kommo-o. Hakamo-o is constantly looking for challenges and it is always fighting other Pokmon. During these battles, Hakamo-o often loses its scales, but they always grow back immediately. Kommo-o is the last stage in Jangmo-o’s evolution ladder. The Dragon/Fighting-type Pokmon does not like to fight against weak Pokmon, and the reason why it looks to fight is to gain power to battle a darkness covering the world.

The trailer also shows that Bounsweet will evolve into Steenee and then Tsareena. Steenee can use its legs and the calyx on its head to attack. Unlike Bounsweet, Steenee is not afraid of other Pokmon. Tsareena has a unique move called Queenly Majesty. This ability can prevent the Pokmon’s target from using priority moves.

Meanwhile, Cutiefly evolves into Ribombee. The Bug/Fairy-type Pokmon collects nectar and pollen to make Pollen Puffs, which are used to strike enemies. The last two Pokmon introduced in the trailer are Alolan Grimer and its evolved form, the Alolan Muk. Both are Poison/Dark-type Pokmon and they can use the Poison Touch/Gluttony ability.