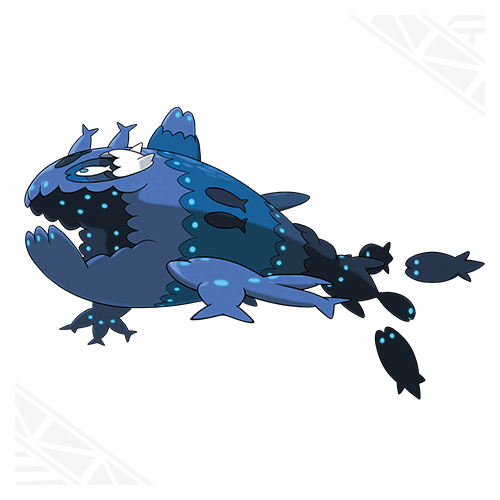 According to reports, the teaser seemingly hinted that trainers will face Wishiwashi as a Totem Pokmon. Players will have to finish one of the Island Challenges in order to encounter the said pocket monster.

Based on the game’s official website, Wishiwashi is a Water-type Pokmon known as the “demon of the sea.” It has a scary school form but when it is in solo form, it resembles a small fish. It has the Schooling ability that allows it to change into the said form making it appear like a large fish formed from various small ones with glowing eyes.

It has been noted that Wishiwashi is not part of the confirmed Totem Pokmon revealed by the demo. These include Lurantis, Gumshoos, Alolan Raticate, Salandit’s evolution, Mimikyu, Vikavolt, and Kommo-o whose details were data-mined by tech enthusiasts.

Another preview showcased some of the new Z-Moves or special attacks for Pokmon holding the Z-crystal. In the clip, Mimikyu uses its Never-Ending Nightmare move which is a Ghost-type Z-Move. Meanwhile, another exciting attack called All-Out Pummeling makes Bewear charge at its opponents.

On a related note, the upcoming game has reportedly become Nintendo’s most pre-ordered title in the company’s history while the “Pokmon Moon” special demo became the most downloaded with 3.5 million interested users.

Bloomberg shared that interest in the “Pokmon” franchise may have been reinvigorated by the success of augmented reality game “Pokmon GO.” Nintendo president Tatsumi Kimishima told the publication that it is also due to the synergy between smartphones and software games that enables the franchise to continuously grow.

“Pokmon Sun” and “Pokmon Moon” is slated to be released on Nov. 18.