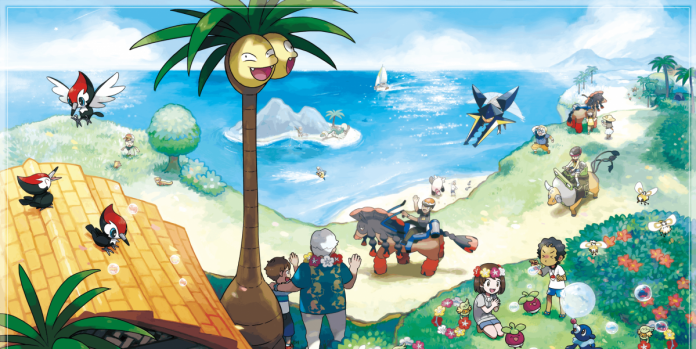 Pokmon fans were ecstatic when the “Pokmon Sun” and “Pokmon Moon” demo was released, and while many think that the demo has shown everything it has to offer before the game’s release, it was revealed that “talking” to the right people in the demo will uncover secret event dates where players could participate to win special prizes.

Reddit user stubblyprawn did some “Pokmon Sun” and “Pokmon Moon” detective work and discovered five event dates for players, saying that these events take place in relation to the date that one starts playing the demo. For instance, those who started playing the demo on Oct. 24 will get to take part in the first secret event one day after starting the game.

For the first secret event, the Redditor said that a man standing outside the Pokmon center will say, “If you come see me tomorrow, I will give you something good. Not today, not the day after tomorrow. It’s gotta be tomorrow got it?” The event date will be on Oct. 25, and it was said that the man gives 10 pretty wings.

Another event will occur five days after the very first day playing the demo. This time, a girl in the “furthest left/ back corner in town” will instruct players to be at the same place five days after day 1 of “Pokmon Sun” and “Pokmon Moon.” The expected date is Oct. 29.

For the next event, players have to find a man with Pikachu at Hau’oli City Hall who will say, “Guess how many days until my sweet li’l Pikachu’s birthday? Just 12! I wonder if someone will help me celebrate.” The secret event date will be on Nov. 5.

Players should also find a policeman on the marina who talks about a “shady deal” that is about to go down in 18 days. The event date will be on Nov. 11. Finally, a girl in the middle of the Ferry Terminal will talk about sailing away on a ship in 24 days. The secret event date is on Nov. 17 just one day before the games’ release.

“Pokmon Sun” and “Pokmon Moon” will be released on Nov. 18 for Nintendo 3DS.