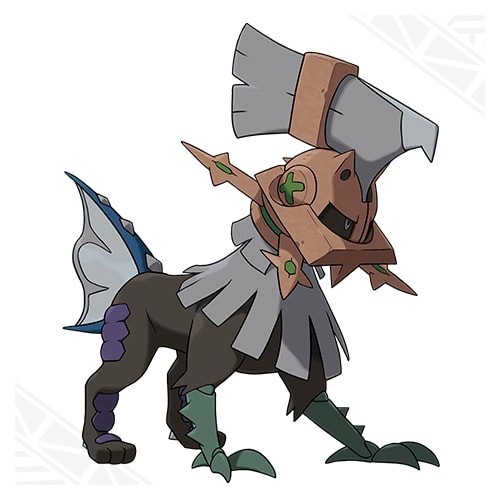 Just when veteran Pokmon trainers thought they have seen it all, a couple of new Pokmon were presented in a trailer that also introduces players to the Aether Foundation and the mysterious Ultra Beasts.

The first Pokmon introduced is Type: Null, a synthetically constructed chimera-like Pokmon which uses the strengths of various Pokmon, thus allowing it to rival the strength of mythological Pokmon. This Normal-type Pokmon has the ability to use Battle Armor, and it is also the partner Pokmon of Team Skull’s Gladion.

The second newcomer is Jangmo-o, a Dragon-type Pokmon that has the ability to use Bulletproof/Soundproof. Jangmo-o lives in harsh locales like canyons, and it uses the scales on its head as a weapon both offensively and defensively. ComicBook.com says that the Jangmo-o may evolve into the most powerful Pokmon in Alola since the Jangmo-o looks like one of the basic forms of a “quasi-Legendary” Pokmon in the region.

Speaking of Ultra Beasts, not much is known about the glass-like jellyfish UB-01. The creature may not be a Pokmon since it is not included in the Pokmon index on the “Pokmon Sun” and “Pokmon Moon” website.

The UB-01 can be a threat to Pokmon and trainers, so players have to be careful when encountering them for the first time. ComicBook.com claims that there may be a connection between UB-01 and Lillie since there is a resemblance between the two.

Pokmon researchers, Dexio and Sina, were also introduced in the trailer. A new Alolan Raticate was also shown.

A new feature called “Pok Finder” will be included in the game. It serves as a camera for players to take photos of Pokmon in the wild.