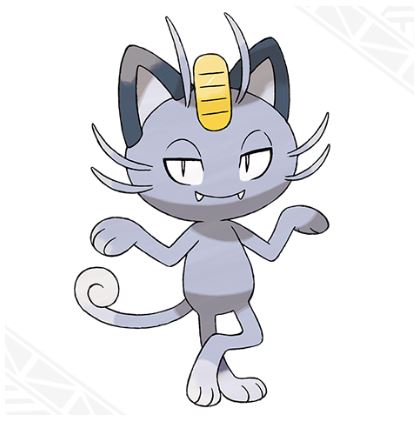 Just when fans thought that “Pokmon Sun” and “Pokmon Moon” couldn’t have more pocket monsters, The Pokmon Company released eight new Pokmon for the upcoming games, which include a few water and psychic monsters.

Morelull is an illuminating Pokmon which has three mushroom-like growths on its head. The nocturnal pocket monster walks around at night on its leg-like roots, and these roots are used by the Morelull to contact its fellows and communicate with them.

Pyukumuku is a sea cucumber Pokmon with a dark grey body and several pink spikes on top. Due to its appearance and lifestyle, Pyukumuku are often thrown back into the sea by the Alolans, but they always manage to return to the same spot. Though it looks harmless, those who happen to step on the creature will find themselves being struck by the Pokmon’s fist-like inner organs.

Wishiwashi is classified as a small fry Pokmon and is said to be tiny and weak. But when it senses dangers, it calls for help by using its eyes to catch the light and flash a signal to an ally.

The Alolan Marowak, a Fire/Ghost Pokmon, is one of the rarer pocket monsters in the game. It takes bones and lights both ends on fire by rubbing them on their foreheads, and its frightening appearance led the people to dub it as a conjurer. It attacks by waving a bone and releasing a ball of flame.

The Alolan Raichu’s cuddly appearance belies its powerful nature. It has psychic powers and has electric sacs on its cheeks. Rubbing them causes a sweet scent to be released. It also has a Surge Surfer Ability, which no other Pokmon has previously had.

Lastly, the Alolan Meowth are known for their cunning and great pride. It is said that the Meowth that were given to royalty lived a life of luxury, which led them to be selfish and proud. This caused the Pokmon’s form to change.

“Pokmon Sun” and “Pokmon Moon” will be released on Nov. 18 for the Nintendo 3DS.