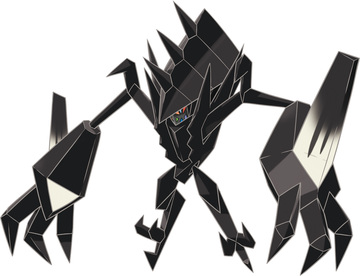 “Pokmon Sun” and “Pokmon Moon” were released last week for Nintendo 3DS gamers and a lot of fans are noticing some of the adorable features that are apparently an improvement on the classic “Pokmon” gameplay.

According to Polygon, players can actually high five their creatures virtually. The so-called “Pokmon Refresh” feature encourages trainers to bond with Pokmon through petting, feeding and casual play. It also includes the said mechanic which can be triggered by tapping the screen using a stylus right above the Pokmon’s head.

Gamers took to Twitter to note that based on their experience, the high five works best with pocket monsters that resemble animals. These include Litten, Growlithe, Meowth, Pikachu, Raichu and other bipedal and quadrupedal pocket monsters.

Meanwhile, players also shared some of the secrets they found as they made their way through the games. In the case of the mysterious new monster named Necrozma, it was prominently featured on the website but it has yet to turn up in the game. But an alleged leaked Pokdex listing reveals that it may be a third legendary Pokmon and not an Ultra Beast.

Necrozma is apparently a Psychic-type that comes from deep underground. Its skills include refracting light as a source of energy. It also has an extraordinarily vicious disposition and constantly fires off laser beams. Players can encounter it by reportedly completing the entire Ultra Beast task force mission at the end of the game.

In addition, the Type: Null Pokmon is deemed to be created by scientists in the Aether Foundation. The creatures wear masks to hide their faces and appear to have a Frankenstein-inspired design. They are originally Full Type Pokmon meant to battle the Ultra Beasts. However, the original creatures quickly went crazy and they were given control masks to keep them in check. Later, they were cryogenically frozen. In the games, Lusamine frees the Null Type and players can receive one in the latter part of the narrative.