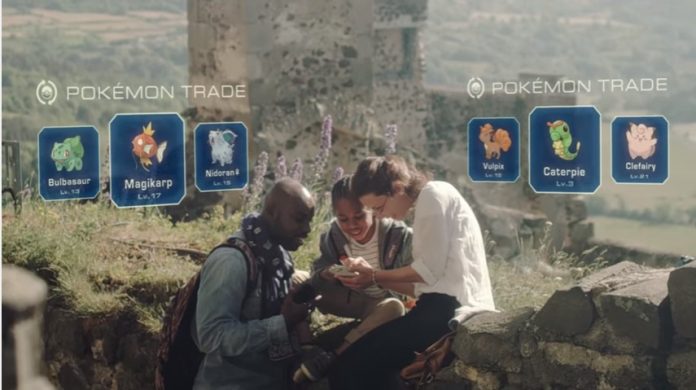 Fans of Niantic’s augmented reality gaming app, “Pokmon GO” might remember that the teaser video of the game which was rolled out some months ago featured a scene where three players are checking out each other’s pocket monsters and suggests that they are about to trade Pokmon. Nevertheless, the said feature has yet to grace the 2-month-old game but it is now rumored to be included in future updates of “Pokmon GO.”

Speculations on the rumored attribute arriving on the game’s yet to be announced update arose as some hardcore gamers dug up alleged codes for the hyped game feature. As per the unearthed codes, it says that players will be enabled to search for other players who are up for trading. Moreover, gamers can also create trade dealings, not to mention that they can opt to either drop or go ahead with the trade.

However, reports also say that the codes weren’t able to mention the scope in searching for fellow traders. In addition, it is also said that the trade option can easily cope up in the event that the connection during the trade process is cut off. Fans, on the other hand, who are thinking of trading other than pocket monsters might get a bit disappointed with reports that the unconfirmed feature is strictly for Pokmon trading only.

Meanwhile, the game maker is mum as of late making the abovementioned claims lack credibility so avid players are advised to chomp on these with a pinch of salt.

Now that there’s a glimmer of light peeping through this highly requested add-on, fans will have to wait for future updates in the hope of this trading feature being finally included in the highly successful game app.

“Pokmon GO” is free to play for iOS and Android mobile devices.