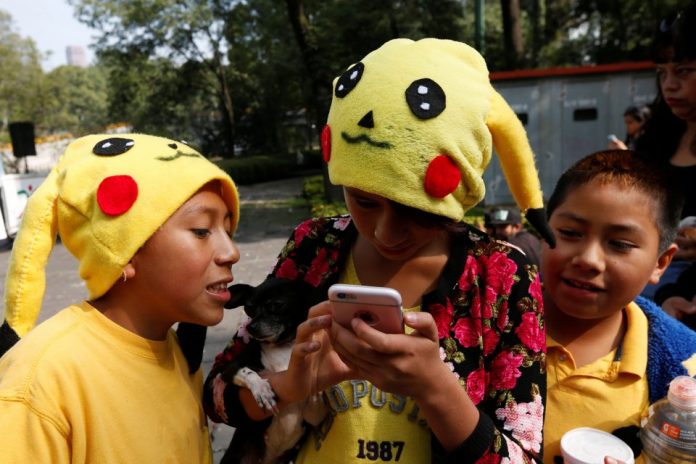 Niantic Labs may have implemented stricter rules when it comes to players using third-party applications to make “Pokmon GO” easier and while that has significantly had some gamers scaling back their use of the augmented reality game, some are still sneakily using system helpers including the highly popular PokMesh.

PokMesh “is an Android app that improves your Pokmon GO experience by displaying all the Pokmon, PokStop and Gyms available around you or in the selected area.” Despite having a limited scope of users, since Apple users are not able to use it, there are still a plethora of fans resorting to PokMesh when hunting for pocket monsters.

Following the shutting down of PokVision, a lot of “Pokmon GO” players have been struggling to nab good alternatives. In fact, PokMesh was even part of Vine Report’s suggested sites to use in lieu of the now-defunct PokVision. However, over the last couple of weeks, it has garnered more and more attention due to its simple scheme while providing the service that players need.

Aside from the basic functionality that a “Pokmon GO” tracking app has, it also offers the option to customize their settings. For example, if one is no longer interested in nabbing a Pidgey, then the player can easily hide them from the map so only those that they want to catch will appear. This makes for a sleeker and easier to understand map for gamers.

Its ability to run in the background is also a great selling point. The app runs even if the phone is locked which will not only be a good multi-tasking tool but also a battery-saving one. This specific feature will give players the ability to roam outside longer without the need to religiously worry about their device’s battery life.

PokMesh can be downloaded for free on the app’s official website but only Android devices are compatible with it, at least for now. It is also important to note that gamers should use the program moderately so as not to risk being caught by Niantic which could get them banned from playing “Pokmon GO.”