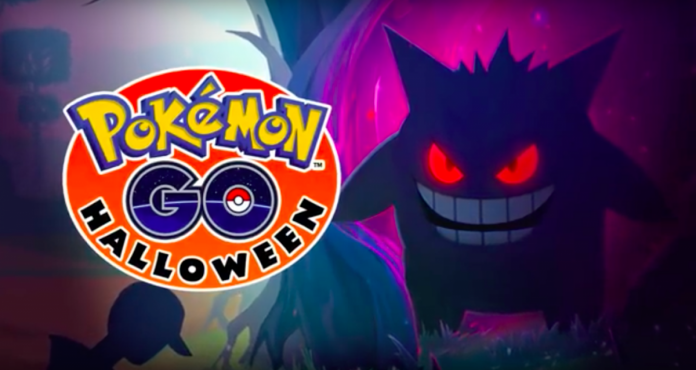 In celebration of Halloween, Niantic revealed that there will be an exciting challenge in their hit augmented reality game “Pokmon GO.”

According to the game developer’s official website, players will be able to earn double the amount of Candy every time they catch a new creature, hatch an egg or transfer them to Professor Willow. Their chosen Buddy Pokmon will also help them earn more treats four times faster than normal.

Selected Pokmon will also appear more often. Based on the promotional teaser, these include mostly Ghost types such as Gastly, Haunter and Gengar. In addition, Drowzee, Hypno, Zubat and Golbat will also spawn in random places more frequently than usual.

“If you encounter more spooky Pokmon than normal, don’t be startled, they want to enjoy the fun too! Scare up some friends, grab your buddy and enjoy this spooky, fun celebration with us! Happy Halloween!” the announcement reads.

The development team also revealed earlier this month that those who use the “Pokmon GO Plus” accessory can now select one of multiple notification modes. Scanning for both PokStops and Pokmon simultaneously will still remain the default setting in order to maximize catching as many pocket monsters as possible and collecting more Pok Balls.

However, players can also enable or disable any of the notifications if they want. Moreover, when they are out with their Buddy Pokmon, they may opt out of receiving notifications and simply record the distance of their walks. During battles in Gyms, the accessory will still remain paired with the application.

Meanwhile, despite the players’ request for a reliable in-game system that can track Pokmon, Niantic has yet to offer the feature on the app. Reports claim that some fans have expressed their disappointment especially after Niantic blocked most of the third-party tracking programs.

Niantic is apparently working on a beta version of the software. In an interview with Polygon, a company representative shared that it is in the testing phase, geo-locked to the San Francisco Bay area. It may take some time before the tracker becomes available in other locations,

“At this moment, there is no estimated timeline to potentially rolling it out wider,” the insider said.

'Amazing Race' spoilers: Next leg of the race in Dubai?