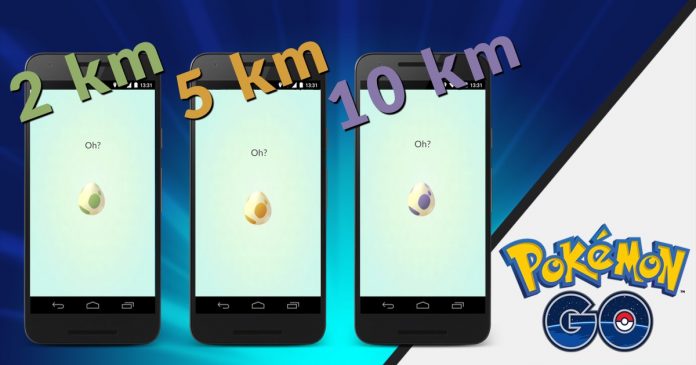 The latest “Pokmon GO” update has rolled out and eggs now come in different patterns. As shown in the photo above, the color of the eggs vary 2 km eggs are shown in green, 5 km eggs are in orange, and 10 km eggs have purple patterns. Well, it’s not exactly a groundbreaking change and anyone who can read can always look at the description, but at least eggs don’t look the same anymore.

Perhaps a more useful addition is the Pokmon type icons, which are now shown on the information screen. This makes sense especially after the previous update introduced the catch bonus feature that rewards trainers who have captured numerous Pokmon of a certain type. Pokmon Go Plus users also get a low battery indicator added to the game with this update. Other than that, nothing major has been added and as expected, players aren’t impressed.

That’s clearly sarcasm. Meanwhile, “Pokmon GO” players have been asking for a Pokmon tracker for months now, but unfortunately, there’s still no tracker in sight. Well, Professor Willow better come up with a proper Pokmon tracker soon because the trainers are getting unruly. Just take a look at the comments players left on the official “Pokmon GO” Facebook page.

Hopefully, Niantic will listen to the people who are playing the game and come out with features that can make them happy.

In other news, Niantic is celebrating the Halloween season by giving out treats. From Oct. 26 until Nov. 1, trainers to earn twice the amount of Candy every time a Pokmon is caught, hatched, or transferred. With this bonus in place, Buddy Pokmon can now earn Candy four times as fast. Furthermore, certain Pokmon like Gastly, Haunter, Gengar, Zubat, Golbat, Drowzee, and Hypno will appear more frequently during this period.

Here’s a look at the promo video: