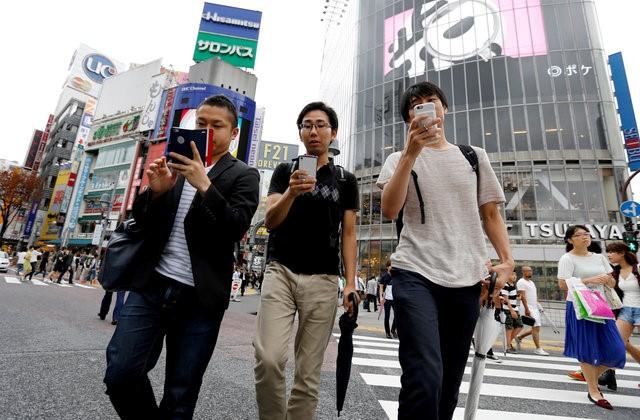 It has been months since “Pokmon GO” made its worldwide debut, and the augmented reality game now has millions of players all over the world entranced with the game which allows one to catch pocket monsters in the real world to become the very best Pokmon Trainer. However, there are some users who are having a difficult time catching other monsters besides the ever-present Zubat and Eevee, and despite employing certain tips and tricks to catch the elusive creatures, the rarer Pokmon remain at large for some players. As a solution, PokFind and GO Tools were created as a way to help other gamers, with the free apps offering tools and maps to find rare Pokmon.

PokFind is a crowd-sourced, interactive map designed for iPhone and iPad users and it features a Combat Power (CP)/ Evolution Calculator so one can find out a Pokmon’s CP before evolving it to make sure it is worth the candies. It also has an Individual Value (IV) Calculator as well as a map that shows all Pokmon, Gyms, and PokStops around users. The app has added a system where one can filter only the Pokmon that are still around.

With the PokFind, players won’t have to go on a wild goose chase tracking down Pokmon as monsters that are still in the area will show up on the map along with the number of minutes before they expire, while expired pockets monsters will appear to be slightly transparent using this app. A new update also helps players decide which Pokmon is the best Buddy for them while playing the game.

Meanwhile, GO Tools is designed for Android device users. This app has the same features as the PokFind app and requires Android versions 4.1 and up. Both apps are not affiliated, associated, endorsed, or sponsored by Niantic or The Pokmon Company.

In related news, “Pokmon GO” is in the process of being updated to version 0.43.3 for Android and 1.13.3 for iOS devices. Niantic has released the patch notes for the update, and the following improvements will be reflected once the update is in place:

First, Professor Willow discovered that Eggs have different patterns depending on the distance required to hatch them. Pokmon type icons have been added to the information screen for each Pokmon. A low battery indicator has also been added for the ‘Pokmon GO Plus,’ as well as minor text fixes.