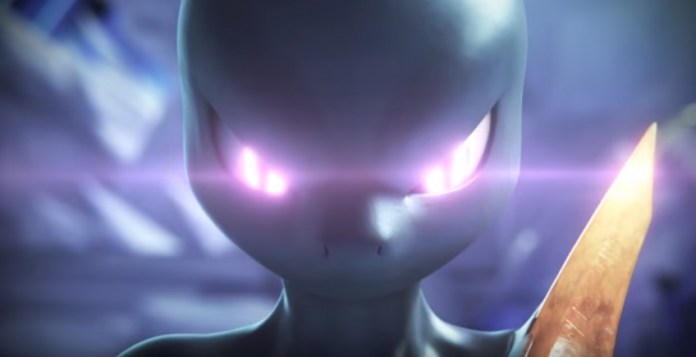 A new Pokmon will be coming to “Pokkn Tournament”and it will be darker and meaner.

The upcoming Wii U title “Pokkn Tournament” will be introducing the new Shadow Mewtwo a new form of the iconic Legendary Pokmon from the early days of the franchise.

Shadow Mewtwo was revealed in the latest trailer for the game. The end part of the trailer reveals a first look at the new form of the Pokmon. No other details were revealed as of the moment.

However, YouTube user TrackerTDGaming was able to show a Japanese gameplay video showcasing a fight between Gengar and the new Shadow Mewtwo. Shadow Mewtwo was fought in in an “Extra Battle”, possibly an extra Boos Fight in the game.

Players and fans will experience an all-new perspective in Pokmon battles in “Pokkn Tournament”, as Pokmon battle it out in an open arena in a 3D environment, in a classic fighting game style. Originally released last July exclusively for the Japanese arcades, the game was first developed by Bandai Namco Entertainment.

“Pokkn Tournament” takes on the 3D fighting style of the popular “Tekken”series, incorporating it into a similarly designed 3D fighting game with characters from the Pokmon series as playable charactersthus the name Pokkn as a nod to the hit fighting game franchise.

While the game is greatly influenced by the Tekken franchise, it is not a crossover game and thus no “Tekken” characters will be appearing alongside various Pokmon.

As described by The Official Pokmon Channel in YouTube: “In Pokkn Tournament, Pokmon appear more lifelike than ever before, with amazing graphics and smooth, fluid movements. You will love seeing and battling with your favorite Pokmon.”

Long-time Pokmon game producer Katsuhiro Harada, who oversees the project previously said that the game is aimed to appeal to Pokmon fans of all ages and of all generations.

“Whether you are a causal player, a regular player, or a hardcore player, anyone who likes Pokemon can have fun,” Harada said.

“Pokkn Tournament” for the Wii U will be released Spring 2016.