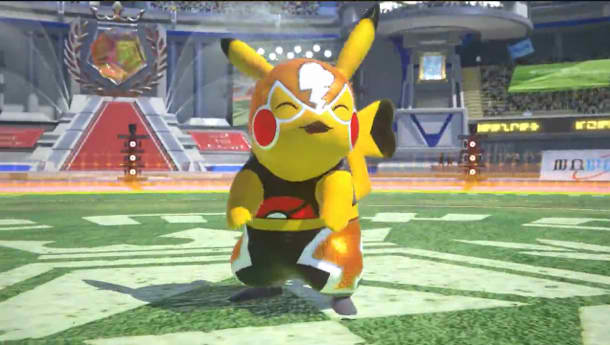 “Pokken Tournament,” to the new ones, may sound like a crossover game between “Tekken” and “Pokmon.” However, it is not, even though the developers themselves admitted that they first intended it to be a “Tekken” engine with some “Pokmon” characters. Katsuhiro Harada from the “Tekken” franchise shed light on how “Pokken Tournament” escaped the impression of being a “Pokmon” game with a twist of “Tekken” to it.

In a recent interview with IGN, “Tekken” series producer Katsuhiro Harada explained that while the name would suggest a strong hint of connection to the hit fighting franchise, they developed “Pokken Tournament” from an entirely new and different game engine, as well as implementing a new battle system that was specially created for the game.

When “Pokken Tournament” was showcased at the 2015 Pokmon World Championships, fans and players said that the game came out as a distinguishably new game from “Tekken”which is what the developers had intended to do and intend to keep doing as the game continues to grow.

“The two things that every single one of [the pro fighting game players] told us was that the game was a lot deeper than they thought,” Harada said, “and also that it’s totally different than ‘Tekken.’ Everyone was very surprised, coming from the name of ‘Pokken.’ They thought it would be very similar.”

But fans were able to see that while it may sound something similar to it, the game gives a different feel compared to the “Tekken” series.

“They said it was exactly what we had aimed for: being able to have this approachable fighting game you can really quickly get into. What we really wanted to do with the Pokken Tournament game was to reduce that skill and knowledge [element of fighting games] to a minimum and let players focus entirely on the strategy element of the game,” Harada said. “So really have the strategy in mind and be able to execute that without a lot of challenge or a lot of knowledge in advance and really enjoy that back and forth you get in fighting games.”

“Pokken Tournament” will release for the Wii U on March 18.