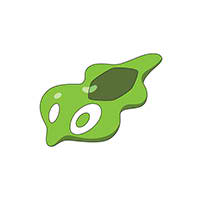 The Legendary Pokmon, Zygrade, just got an upgrade and new Formes, making it far more than the Legendary Pokmon that fans once knew. The new upgrade to Zygrade is set to debut in the new season of the Pokmon X/Y anime in the Japanese region.

As detailed by The Pokmon Company, Zygrade now has a total of five different forms, ranging from a single muck of cell, to the ultimate Legendary Pokmon everyone may be expecting.

First, the Zygrade Cell. The Zygrade Cell has been identified as the single Cells that make up Zygarde. Being a cell, this has no will and cannot even do any moveswhich is why some people even question if it must be called a Pokmon! The Zygrade cell can be found scattered in the region.

Now, the Zygrade Core. The Zygrade Core is said to be part of the full Zygrade’s brain. Unlike the Cell, the Cores are self-aware and can communicate with Cells and other Cores via telepathy.

The Zygarde 50% Forme, on the other hand, was the only known form of Zygradeuntil now. It watches over and maintains the local ecosystem, and is only composed of 50% of the Cells in its structure.

Finally, the Zygarde Complete Formethe perfect form of Zygrade. This Forme is taken when Zygrade Core gathers 100% of the Cells. When the ecosystem is under threat, and the Core concludes that the 50% Forme will be unable to deal with it, the Core takes on the Complete Formebecoming even more powerful than Legendary Pokmon Xerneas and Yveltal!

Catch the new Zygrade Formes and Ash-Greninja on the latest season of Pokmon, airing on Japan on October 29.

'The Winds of Winter' release date news: could the sixth book...