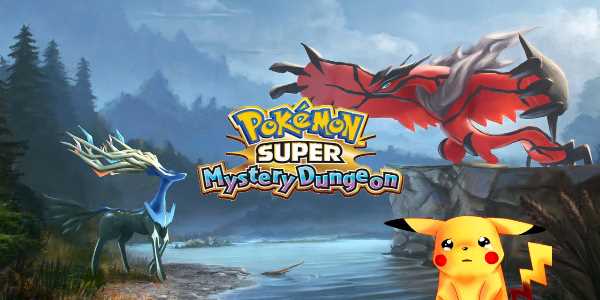 Pokemon Super Mystery Dungeon has received its release date for 3DS in Japan and it will be out on September 17.

Fans in the United States need not be worried as Nintendo announced during its Nintendo Direct Broadcast that the game will also be released in North America this winter.

According to a report by IGN, there is no official release date for Europe but the game is expected to be available in the region starting early 2016.

Nintendo also confirmed that there will be 720 types of Pokemon who will appear in the “dungeon RPG” and 20 of them will be playable.

Meanwhile, the company has also released the first gameplay trailer for the game, reported Gamespot.

The tone and style of the game is very much consistent with previous releases in the series with the players’ main task to explore dungeons in a team composed of 20 playable Pokemon characters.

For their part, fans have flooded the forums with mostly positive comments about the trailer. Here were some of the comments on a message board entitled Pokemon Super Mystery Dungeon trailer, all 720 Pokemon in the game confirmed!!!

“It was about time we have them all in the game.”

“Trailer looks amazing. Am not disappointed.”

The last release in the franchise Pokemon Mystery Dungeon: Gates to Infinity in 2013, which sold more than 13 million copies around the world, was not very well received by critics due to its oversimplicity. It was however, praised for its cuteness.

IGN’s game reviewer Jeremy Parish described: Gates to Infinity fails as both a Pokmon and a Mystery Dungeon game, and reaching its meatiest content requires playing through hours and hours of tedium. Its deep supplementary features can’t overcome the fact that its moment-to-moment play feels so watered down as to be completely pointless.

iOS 9.2 Beta rolls out to public; AT&T's NumberSync, other features...