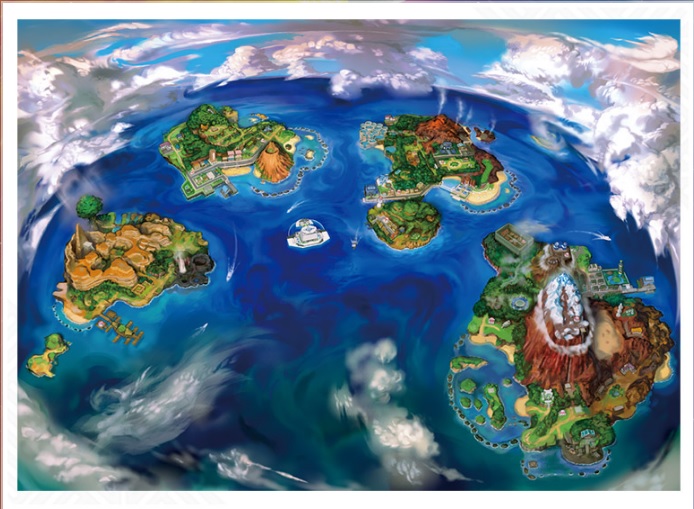 A new scan from Japanese gaming magazine CoroCoro recently revealed new information about the upcoming and highly anticipated new core games in the “Pokmon” series, titled “Pokmon Sun” and “Pokmon Moon.” One of the new Pokmon that was revealed is a Pokmon that has the ability to use its insides to make a fist and punch the opponent with it.

As shared by the Pokmon fan website Serebii, part of the major reveal about the upcoming “Pokmon Sun” and “Pokmon Moon” include a new Pokmon named Namakobushi. Just like any other new Pokmon that was previously revealed, little is known right now about this Namakobushi aside from its looks and its name its type and classification continue to be a mystery, too.

However, it was noted that one of the most significant and noteworthy abilities of this new Pokmon is its ability to make up a fist using its insides, spew it out for a moment, and use it to launch an attack on the opponent.

Looking like a sea cucumber, the Pokmon Namakobushi seems to have earned its name not only for its looks but also for the kind of attack that it can do. In the Japanese language, the term “namako” means sea cucumber, while the term “kobushi” can be roughly translated to mean a fist.

Other new Pokmon that were previously revealed include the Alolan forms of Meowth and Marowak, as well as the new sand castle-like Pokmon named Sunabaa.

The antagonist team for the upcoming games, known as Team Skull, was also introduced. Team Skull is headed by a boss whose name is Guzuma, and he is joined by a girl with pink hair who is named Burumeri.

“Pokmon Sun” and “Pokmon Moon” are set to be released for the Nintendo 3DS on Nov. 18 in North America and on Nov. 23 in Europe.

‘The Legend of Zelda: Breath of the Wild’ latest news: New...