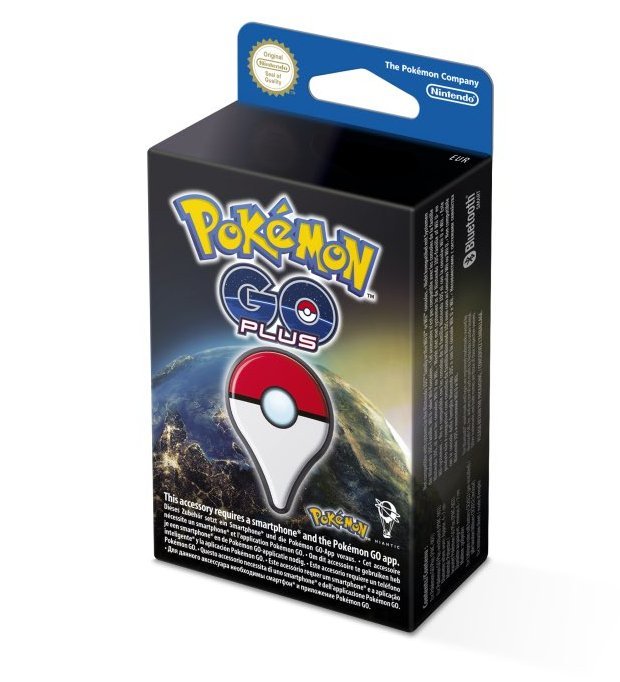 It’s here Pokmon GO Plus, the companion device for the much anticipated augmented-reality game “Pokmon GO,” is now up for pre-order. Interested players who would want to secure for themselves the gadget that can be used for the game can now do so at retailers like Amazon and GameStop.

The Pokmon GO Plus is available for pre-order for a price of $34.99. It features the iconic Pok Ball design in a teardrop-shaped design, similar to the icon of the Global Positioning System (GPS). The device also sports a strap that can be used either on the player’s wrist or to hang on to the player’s belt for easier access when needed.

Shown in previous teasers and reveals, the Pokmon GO Plus is the companion device that enables players of “Pokmon GO” enjoy the game in a more engaging way. The wrist device, connected to the player’s smartphone via Bluetooth, enables the player to get notified when nearby Pokmon are the area without having to constantly look on their smartphones for notifications. Using the Pokmon GO Plus accessory, players can also catch Pokmon with its dedicated button again, without having to bring out their smartphone and having to do the task manually.

For players to be able to use the Pokmon GO Plus device with their smartphones, their device must have support for Bluetooth 4.0 at least, as well as GPS technology. For Android users, the player must have at least the Android 4.3 Jellybean operating system (OS) installed on their smartphone. For iOS users, the phone needs to have at least the iOS 8.

The Pokmon GO Plus pre-orders will start shipping on July 31. The “Pokmon GO” game will be released for Android and iOS devices as a free application but with in-app purchases. A release date has yet to be announced.