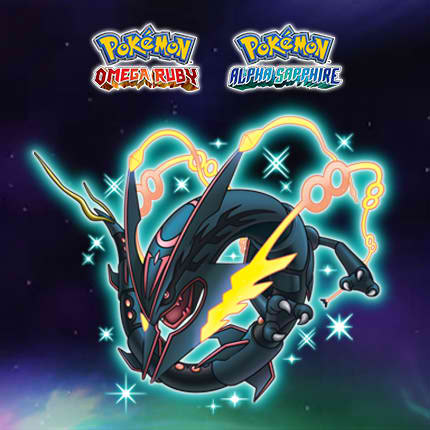 Players located in North America may get their hands on the brand new legendary Pokemon included in Alpha Sapphire and Omega Ruby.

According to VG247, in celebration of the “Pokemon TCG: XYAncient Origins” official launch, gamers may acquire the Dragon Ascent Shiny Rayquaza, which has Mega evolution, by simply accessing the Mystery Gift and clicking “Receive Gift” on the main menu of both versions. Download the promo “Via Internet” option. They will receive the new Pokemon which is mixed black, yellow and red in color, by stopping at the Pokemon Center and talking to the delivery person.

The report added that the campaign by the Pokemon Company and Nintendo will be up until September 14 only. While reports claim that it is important that the Nintendo 3DS or Nintendo 2DS are charged enough as it is possible that the pokemon gets lost when the power is cut off during the transfer. There should also be an open space in order to get it.

It is pretty cool to get hold of the shiny pokemon as they appear sporadically like the Red Gyarados. Based on the explanation of the franchise’s official website, “For longtime Pokmon players, Red Gyarados was their first brush with a Shiny Pokmon. It’s still one of the most iconic encounters with a Shiny Pokmon so far in Pokmon games. Red Gyarados even predates the term “Shiny,” which added to the mystery of the different-looking Pokmon.”

The offer for the rare pokemon follows the limited-time download availability of the mythical Diancie last July 27, 2015.

The Inquistr reports that Diancie is a mixed Moonblast and Dazzling Gleam fairy-type pokemon and becomes viable for players who are in level 50. When it comes to abilities, Diancie has Rock-type Diamond Storm for offense and Normal-type move Protect for defense.

Previously announced are free codes that let players download Serperior, Samurott and Emboar that are equipped with Cherrish Balls together with Hidden Abilities. The codes will expire on November 30.

'The Americans' series renewed for 2 more seasons which will serve...