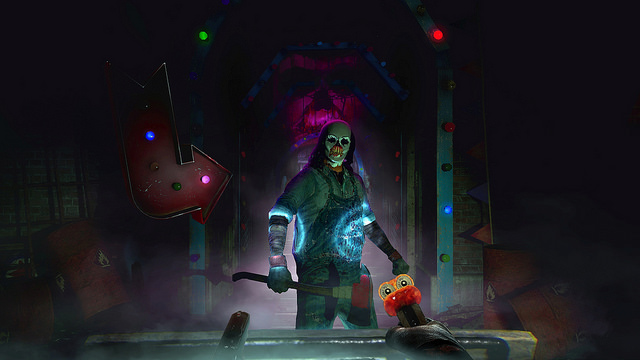 Itching to get a hold of the PlayStation VR headset? It could only be a little waiting time, as Sony will be revealing release details for the much awaited VR headset as soon as next year, at least according to Sony Worldwide Studios President Shuhei Yoshida.

In his recent interview at Paris Games Week by Digital Spy, Yoshida clarified to fans that a launch title for the PlayStation VR, much less a release date or a release window, has not yet been decided by the company. However, fans can expect updates about it next year.

“We don’t know the launch date or the launch titles yet–they’re probably wrong, but maybe,” Yoshida said. “Another announcement I saw was Mike Bithell said that the ‘Volume’ VR version is going to be the launch title. Of course he doesn’t know because we don’t know either. We’ll know that next year. But it’s great that almost every week we see some new announcement, it’s hard to keep track of what’s going on in the VR world now.”

“We have an idea,” he added, talking about the release date and price for the VR device, “but there are things we want to make sure. It’s similar to any platform launch. So as far as hardware development is concerned, it’s going great in terms of timing, everything going well. But the people working hard now are the system software people, with the SDK, the operating system and the functionality between PSVR and PS4.”

But when they are contended with the device, and felt like everything is as it should be, then that will be the time they will be sharing their release plans.

“That’s why we’re not showing the user interface or other functionality other than VR gaming yet, that is to come. There are still many things that have to be done right and verified, and also we need good content and game support. Then we can decide ‘this is the date’.”

As detailed by Sony, the PlayStation VR headset comes with a 5.7 inch OLED display with a 1920 X RGB X 1080 resolution. This new screen expands the field of view and enables low persistence, removing motion blur.

With the new refresh ratedouble what was originally announced beforegames for the PlayStation VR can now be viewed on a stunning 120 fps rate. Combining this power with the OLED display equates to an amazingly smooth visual experience.

Since having low latency is a very critical factor when it comes to VR experience, Sony made it to the point that they reduced the latency to less than 18ms, about half of what the first PlayStation VR prototype had. It helps to deliver a sense of presence and comfort to players.