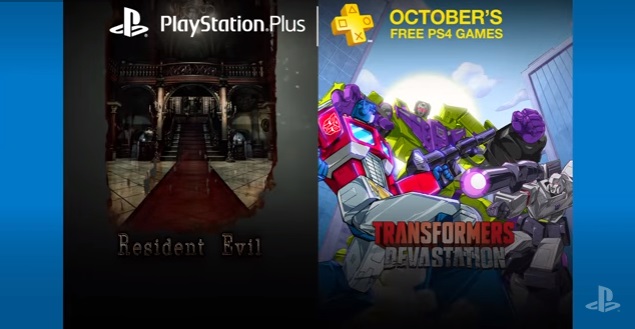 October will be over in a week’s time and as early as now, PlayStation owners who are under the PlayStation Plus program are contemplating on what games will be the latest inductees on the said roster.

As of late, Sony has been mum about what games will be dished out. However, since virtual reality (VR) is an emerging fad in the video game industry, it is theorized that VR-compatible titles will be part of the program’s November list.

Moreover, it has also been pondered by gamers that after Rockstar Games’ announcement that they are making a sequel to their western shooter, “Red Dead Redemption,” fans of the game believe that it will be deemed free-to-download next month under PlayStation Plus.

It is also speculated that Sony’s beat ’em up game simply dubbed as “Knack” is also likely to be included on the list together with Ubisoft’s classic platform video game titled “Rayman: Legends.”

Another AAA title from game maker Tango Gameworks known as “Evil Within” is also rumored to be part of November’s list. Released two years ago, “Evil Within” is pretty similar to other survival horror-themed titles as it was directed by Shinji Mikami, the creator of the famed “Resident Evil” franchise. Having said that, titles such as this would be the perfect add-on for next month’s roster as Halloween is fast approaching.

Meanwhile, “Watch Dogs” also seems to be a plausible inclusion for next month since its follow-up is just around the corner. This would be the perfect avenue to reinvigorate players with the said game series.

Finally, flight simulator “Eagle Flight” is also rumored to be part of the list, though it’s quite unlikely as of the moment.

Until Sony officially releases next month’s list of free games, players should be taking these aforementioned titles with a grain of salt.