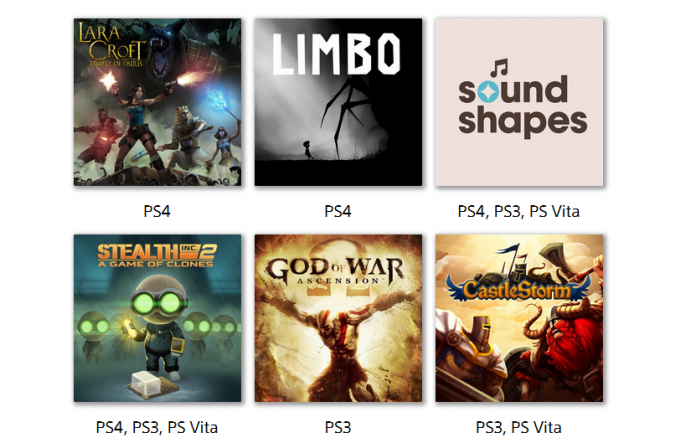 The month of August is here, and for PlayStation Plus members, another month means another set of free games!

PlayStation Plus members will once again get their fix of monthly free games this August! For an annual fee of $50, what players got oftentimes turn out to be more than what they have initially paid for.

Starting from August 4, a new set of free games will be made available for free download for PS Plus members, replacing the old set for the month of July. Parts of the roster of August games are Lara Croft and the Temple of Osiris, the highly acclaimed 2D sidescroller adventure Limbo, God of War: Ascension, and Castle Storm, among others.

Join Lara Croft in yet another supernatural adventure, this time in the depths of Egyptian lore.

Do not be fooled by the 2D gameplay approach of Limbo, as the game received high critical acclaim for its graphics, soundtrack, and the story behind the game.

Another sidescroller, but aimed for the musically inclined people. The game was exclusively released for PlayStation platforms.

Take the role of a cloneor clones, or a lot of clonesas he (or they, or a lot of them) embark on a journey to understand the origin of the clones in this open-world platformer.

Take on the character of Kratos once more and lay waste with the Blade of Chaos in this 2013 God of War instalment.

Show off those skills in tower defense as enemies try to advance to capture the flag! Use a wide array of weapons, artillery, and magic to get rid of invaders and enemies.

Samsung makes breakthrough in production of longer-life batteries for smartphones; could...