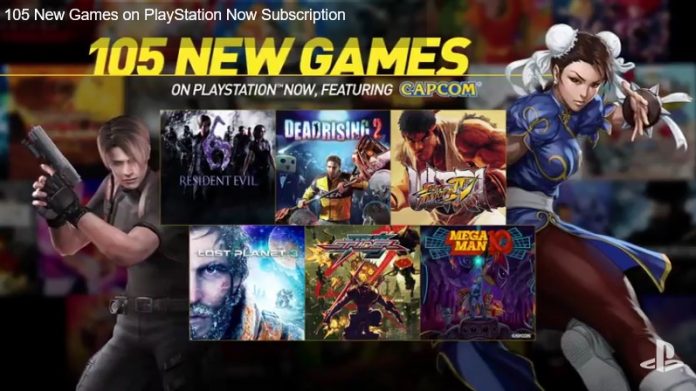 Subscribers of PlayStation’s subscription service, PlayStation Now, will be excited to know that 105 games were added to the library November 3. Including the new video games, there are now a total of 250 subscription titles in the paid service.

According to the PlayStation Blog, out of the 105 titles, 21 of these belong to game publisher Capcom. Some of the popular video games that have been added include “Street Fighter,” “Mega Man,” “Resident Evil,” “Dead Rising,” “Lost Planet,” and “Bionic Commando.”

For those who miss playing classic Capcom games, PlayStation has announced the inclusion of several renowned hits from the Japanese developer and publisher. Some of the added video games are “Mega Man 9 and 10,” “Strider,” “Capcom Arcade Cabinet: All-in-One-Pack,” “Asura’s Wrath,” and “Lost Planet 2.”

Subscribing to the paid service of the game console costs $19.99 for one month or $44.99 for three months. Players who are unsure of shelling out money without knowing what to expect can go for the seven-day free trial that can be claimed through the PlayStation Store. Subscription can be canceled before the trial period is done to avoid recurring fees.