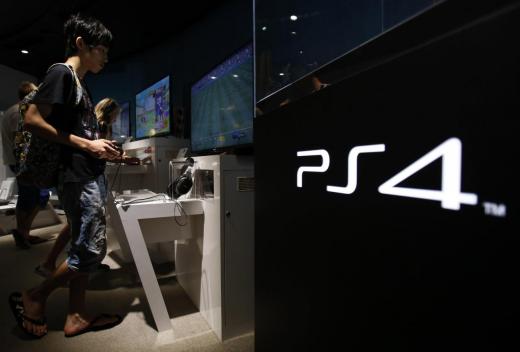 Sony dished out limited invites to their forthcoming event dubbed “PlayStation Meeting,” which led fans to the assumption that the company is all set to finally launch the improved version of the current PlayStation 4 console. The new gaming platform has been making quite a buzz these days as its purported final make has been making rounds online.

Also known as PlayStation 4.5, the spy shots suggest that previous speculations were indeed spot on that the PlayStation NEO will be way slimmer and more compact as compared to the current PlayStation 4.

The leaked photo also showcased the console’s game controller which emits a blue-colored light right below the controller’s touchpad. It may well look the same in comparison with the one being used with PlayStation 4. However, it is said that the new control pad sports a prolonged battery pack.

Furthermore, there were even confirmed reports that a gamer has already acquired from an online store the yet to be unveiled PlayStation NEO and an online publication even dropped by at the proud owner’s house to check if it was indeed the much-hyped console from Sony. After thorough checking, the reporter concluded that it was the real deal.

Unfortunately, there was no mention of any of the gaming platform’s specs. Nonetheless, it is speculated that the next-generation console will don 4K capabilities which will be suitable for upcoming virtual reality (VR) supported titles. Moreover, it is said that it will be fused with an octa-core central processing unit with speeds timed at 2,100 MHz with a graphics processing unit (GPU) courtesy of AMD.

In addition, the PlayStation NEO’s speed has been drastically tweaked up to an impressive 44.5 teraflops, as compared to PlayStation 4’s 1.8 teraflops.

Meanwhile, the price of the said console is still undisclosed as of late. However, it is expected to be unveiled at Sony’s PlayStation event next month and fans are speculating that it could have a price tag of a little less than $400.