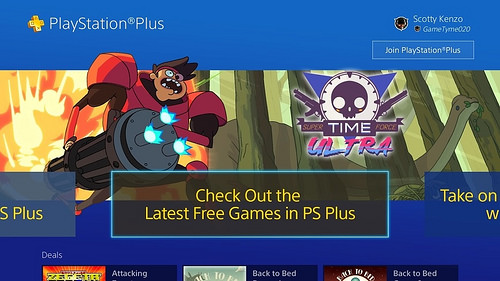 Sony recently released the new PlayStation 4 Firmware 3.0, an update that brings an all new system software for the gaming console. This update brings in new features, as well as user interface enhancements.

The new PS4 Firmware is called “Kenshin”, and was made available for download September 30. “This update is focused on creating new ways to connect with friends and players around the world,” said John Koeller, Sony Computer Entertainment America VP for Platforms Marketing, “expanding the social capabilities of the system even further.”

The new Firmware now allows players to share video clips not just on Facebook and YouTube, but also on Twitter. Messages, Groups, and taking a screenshot also got to see some improvements, as well as a revamping and introduction of new menu sections.

PlayStation Plus: A dedicated section for PlayStation Plus is now available, which can be accessed by clicking the big Plus icon on the top left corner of the PS4 home screen. The section includes membership management, as well as the latest set of monthly free games available for download.

YouTube live: In addition to Twitch and USTREAM, players can now live stream on YouTube, via Broadcast Gameplay Screen.

Events: Events, news, and other updates on games that are played on the console can now be seen on the new dedicated Events hub.

Improvements to Messages and Favorite Groups: “We’ve improved Messages by making it easier to access groups of people you chat and play games with frequently. Once you’re added to or create a group, you’ll see the online status for friends, what games they are playing, and the option to message or chat in party all in one spot. When you add or create a new favorite group, they’ll appear in your Friends app under Favorite Groups for quick access.”

Communities: Users can now create communities, which lets them interact with fellow gamers of the same interest, games, and the like, complete with a message board.

Stickers: Chat gets more fun, as Stickers can be used in the Messages app. The 3.00 update will contain stickers themed around Uncharted 4: A Thief’s End, Knack, LittleBigPlanet 3, Resogun, and more.