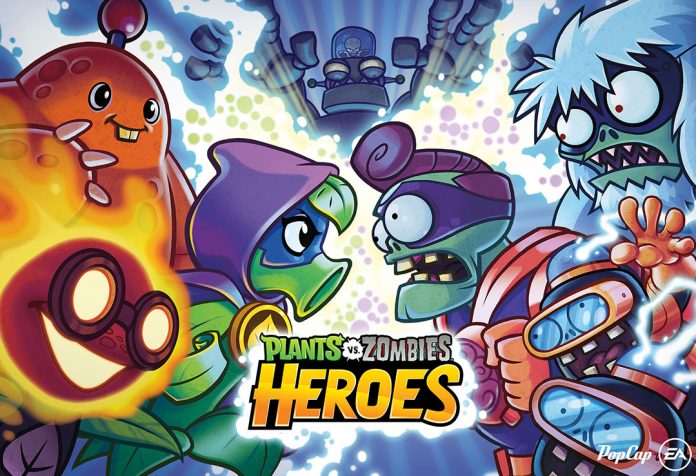 Electronic Arts Inc. and PopCap Games have created the newest installment to the “Plants vs. Zombies” genre with the card-strategy game “Plants vs. Zombies: Heroes.” In contrary to popular belief, the game has set itself apart from earlier versions as well as other card games out in the market in a myriad of ways.

According to a “Plants vs. Zombies: Heroes” official website post, the new collectible card game allows the players for the first time to choose a side, whether it be with the super-charged plants or hordes of powered-up zombies. Fans of the game are greeted by new and returning characters which they can choose to create their own customized team and bring to single-player or multiplayer modes.

Senior producer Brian Lindley said, “‘Plants vs. Zombies: Heroes’ started a few years ago as a paper card game prototype and a fun way for our team to enjoy playing with their favorite PvZ characters in their spare time.” It certainly has made its way to mobile devices while bringing a new twist to the well-loved classic.

The biggest difference the new installment has from the original games aside from the change in gameplay is the existence of “heroes.” Present to both plant and zombie teams, it further deepens the strategies needed to gain the upper hand, so much that guides on how to create solar flare builds for plant teams and rustbolt builds for zombie decks exist on the internet.

With the market saturated with card games, “Plants vs. Zombies: Heroes” may be likened to “Hearthstone” and “Gwent BETA,” yet it brought features that the other two don’t have.

One of such is the fact the decks don’t appear as cards on the playing field, but rather as moving characters similar to the original games, bringing nostalgia to those who have been loyal fans of the game. Right after both sides have laid down their cards strategically, the clash ensues with an animated fashion.

Another feature that is unique to the “Plants vs. Zombies: Heroes” platform is the existence of Zombie Tricks. It is basically a bonus turn for the zombie horde to bring surprising effects on the field which can throw a player off-balance at first, but nevertheless can make the game one-of-a-kind, Macworld reports.

“Plants vs. Zombies” started out as a tower defense-like platform where the player uses plants to defend his “brains” against incoming zombies that come to terrorize the player’s lawn. With five lanes for battling and ever-changing terrain, it has created a niche for itself in this gaming arena that has spanned generations of fans, and now it aims to delve into a different playing field.

“Plants vs. Zombies: Heroes” can be downloaded for free in both iOS and Android devices.