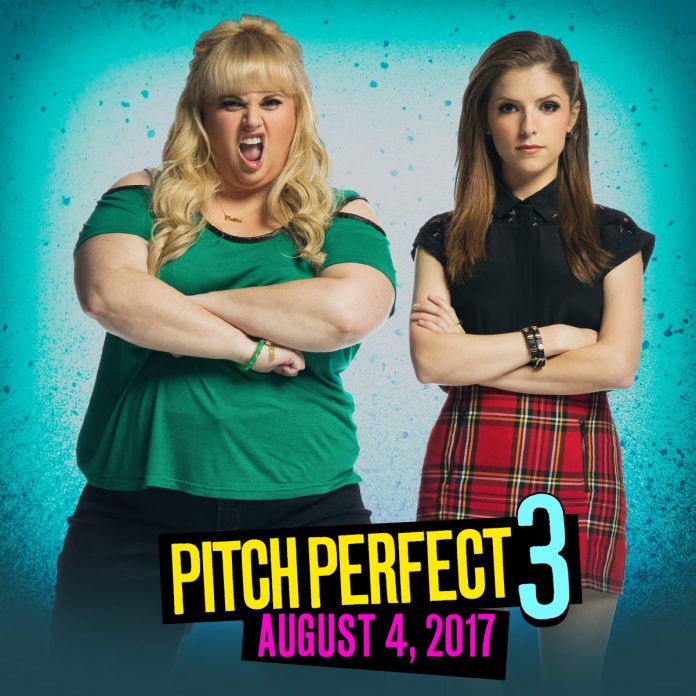 On September 29, a post that read “Save the date! #PitchPerfect3 is hitting theaters August 4, 2017” was posted on the official Facebook page of “Pitch Perfect.”

Though the installment was originally scheduled to have a July 21, 2017 release date, Entertainment Weekly reported that the movie will be in theaters on August 4, 2017 instead. According to the same report, the decision bumped the movie past the new film to be helmed by Christopher Nolan and Sony’s Spider-man film with Tom Holland.

In an interview, “Pitch Perfect 2” director and producer Elizabeth Banks said about the third film, “It is in development. We are hard at work on figuring out what the next chapter for the Barden Bellas is going to be. They’re gonna sing, they’re gonna dance, and they’re gonna be funny… I don’t want to give anything away!”

According to Yahoo! Movies, Anna Kendrick, Rebel Wilson, Brittany Snow, and Hailee Steinfeld are set to reprise their roles as members of the acapella group Barden Bellas.

The “Pitch Perfect” franchise follows the story of college student Beca (Kendrick), who joined the Barden Bellas during her first year in college. Despite their differences in the beginning, the group eventually managed to amaze with their song arrangements that made them win the national competition.

In the second film, three years have passed since the all-female acappella group won the national title. However, after a botched performance at the Lincoln Center in front of the United States President, the group lost their title. To redeem themselves, they join the world championships in Copenhagen, Denmark.