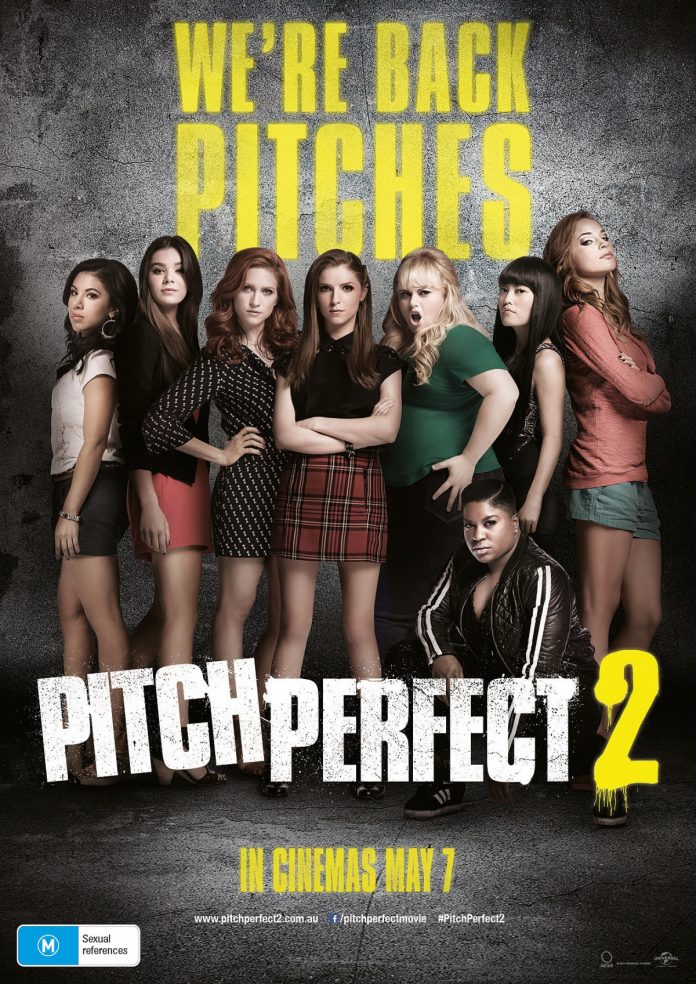 Music fans unite! The Guardian confirms that writer Kay Cannon is officially writing a Pitch Perfect part 3 draft for Universal and Gold Circle. However, it is still unsure if Elizabeth Banks will direct the third film. Definitely, Hailee Steinfield as freshman Emily Junk will be slated for the return with her good performance alongside the other Bellas.

From a $29 million budget into a $291 million bucket full of earnings for Pitch Perfect 2, and with the first movie having a meager $17 million budget but earning $115.4 million, the franchise of Pitch Perfect 3 is underway and promising, but might take years to take off, report Christian Today.

Elizabeth Banks, director of the past two films, says that the third part may take years to develop. “Of course we’re at the very beginning of that process. We would love to spend more time with these characters that everyone’s fallen so hard in love with.”

Rebel Wilson is the only one who openly signs up for a third part. The Daily Mail reports that she revealed it to LA times reporter Amy Kaufman and this was tweeted at the time: ‘News: Rebel Wilson just told me there will be a 3rd @PitchPerfect and she recently signed on to be in it! (She doesn’t know abt Kendrick.)’

Venture Capital Post reports that Anna Camp and Skylar Austin openly expressed their desire to have Taylor Swift join Pitch Perfect 3. This is following some rumors that Anna Kendrick did not express the same keen confirmation that Rebel Wilson had regarding Pitch Perfect 3.

It had been previously reported that the Barden Bellas’ third adventure may stem from college tales and look at in-depth back stories.