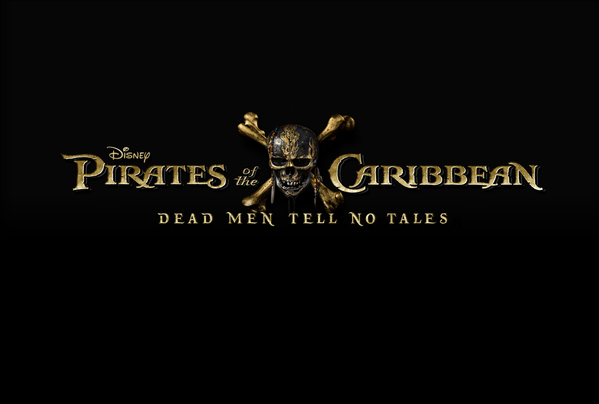 Time to sail the seas once more, as Captain Jack Sparrow returns for yet another pirate adventure in Pirates of The Caribbean: Dead Men Tell No Tales.

During the film’s presentation at Disney’s D23 Expo 215, the cast for the fifth instalment of the Pirates of The Caribbean series of films will of course primarily consist of Johnny Depp as Captain Jack Sparrow, Geoffrey Rush retuning as Captain Barbossa, and a new captain in the form of Javier Bardem as Captain Salazar. Joining them are newcomers Brenton Thwaite as Henry, and Kaya Scoledario as Carina Smyth.

The crowd erupted into a cheer when it was revealed that Orlando Bloom will reprise his role as Will Turner and will be returning for Dead Men Tell No Tales.

As reported by Variety, Johnny Depp wowed the crowd by appearing at the presentation of the movie in full costume as Captain Jack Sparrow.

He gave away free grapes for everyone at the presentation, and was about to sing a song, but was ushered by Sean Bailey.

“I didn’t want to sing you a song anyway!” he said, before exiting.

Other film presentations revealed at the D23 Expo included a look at the first teaser trailer for Captain America: Civil War, the upcoming film that is set to break apart the heroes of the Marvel Cinematic Universe as fans know it.

Also presented at the event was the 2016 film Doctor Strange. Lead titular actor Benedict Cumberbatch, while not being able to attend the event, made his appearance through a video greeting. The first set of concept art for the characters of Doctor Strange, Baron Mordo, and The Ancient One were also revealed.

Pirates of The Caribbean: Dead Men Tell No Tale recently finished filming. The new film will hit theaters on July 7, 2017.

The Incredibles 2 release date: No announcement made yet; Story reportedly...