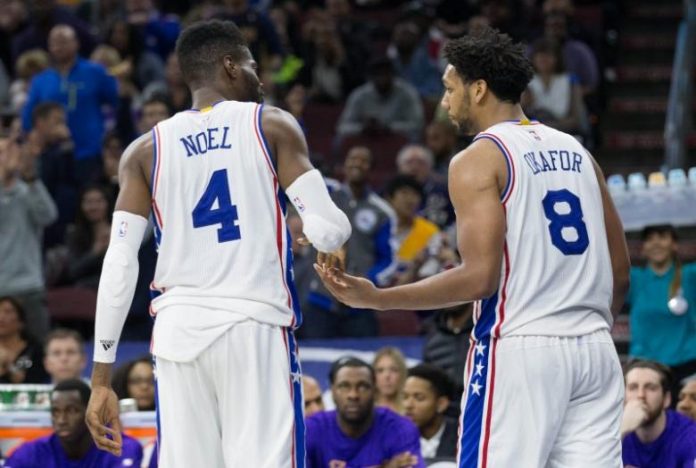 The Philadelphia 76ers are looking at a unique dilemma, hard-pressed to make a decision on who to retain and who to let go in a frontcourt roster full of promising young big men. However, it is already a given that Joel Embiid will be the franchise’s rebuilding centerpiece, which means that either Jahlil Okafor or Nerlens Noel will have to bid goodbye.

The front office and the 22-year-old Noel were supposed to negotiate a contract extension right before the Oct. 31 deadline, but no agreement was reached. Therefore, it is very likely that the young center will be traded before the February 2017 trade deadline and the biggest uncertainty he is facing right now is which team will be interested in him.

In a report published last weekend, Marc Stein of ESPN revealed that the Toronto Raptors, an Eastern Conference contender, is very interested in the defensive player. However, the same report was quick to add that the team is also affording chances to rookie big men Pascal Siakam and Jakob Poeltl to blossom into regular contributors in the frontcourt. But the prospect of the Raptors pitching for Noel is quite intriguing, although there’s a big question mark as to who they’ll send to the Sixers in return.

Another rumor claims that the Los Angeles Lakers are likewise interested in trading for Noel and the bait is blossoming young guard Jordan Clarkson. The emergence of D’Angelo Russell as the team’s main facilitator as well as the lack of ceiling could mean that head coach Luke Walton will be more than willing to let Clarkson go in a trade in order to get an intimidating defensive presence in Noel.

Regardless of these speculations turning out to be true or not, the Sixers still have about four months to decide before Noel will be signed on to play for the team for the rest of the year.