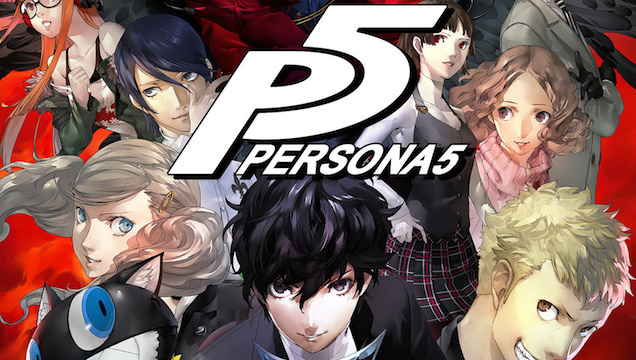 With this year’s latest Electronic Entertainment Expo (E3) still going hot, more and more video game related news is being churned out with some of the spicier updates being about the long awaited next title in the “Persona” series of role-playing games.

Developed and published by ATLUS, it was announced earlier this month on the PlayStation website by ATLUS public relations manager John Hardin that the game that “Persona 5” will be coming a full five months after the Japanese release date on Sept. 15. For the North American territories, players will have to wait until smack dab in the middle of Valentine’s Day, Feb. 14, 2017, before they can get their hands on the game.

Coming to both the last and current generations of Sony’s home console, the game’s release to the PlayStation 4 will also be receiving a special edition version. Titled the “Persona 5 Take Your Heart Premium Edition;” the upgrade will feature some exclusive items like a steelbook, a soundtrack compilation, a 64-page hardcover art book, a school bag similar to the standard ones used by Japanese students, and a 4-inch plush doll of game’s mascot character Morgana.

The fifth game in the “Persona” sub series of the “Megami Tensei” franchise, “Persona 5” will come almost nine years after its predecessor came out all the way back in 2008. The game will continue the series’ gameplay mechanic of drawing out the different aspects of a person, i.e. the titular “personas,” and turning them into creatures with combat capabilities.

Whereas the previous entry in the series dealt with a regular high school transfer student who moved to the rural town of Inaba, “Persona 5” will be set in a place as urban as they can come: Tokyo. The plot will center on a group of students who moonlight as the “Phantom Thieves of Hearts” and use their Persona powers for both thievery and to fight against the denizens of the mysterious supernatural realm “Palace.”

The game showed up at the ongoing E3 2016, providing more details of its gameplay which has been collected by Gamespot. Some elements include a returning day and night cycle similar to its predecessor, another returning feature of using classes to boost the protagonist’s attributes, utilizing a constant digital group chat for long distance dialogue between the characters, and the possibility to fail missions, among other things.

Players can get ready to steal some hearts when “Persona 5” arrives on Valentine’s Day next year.