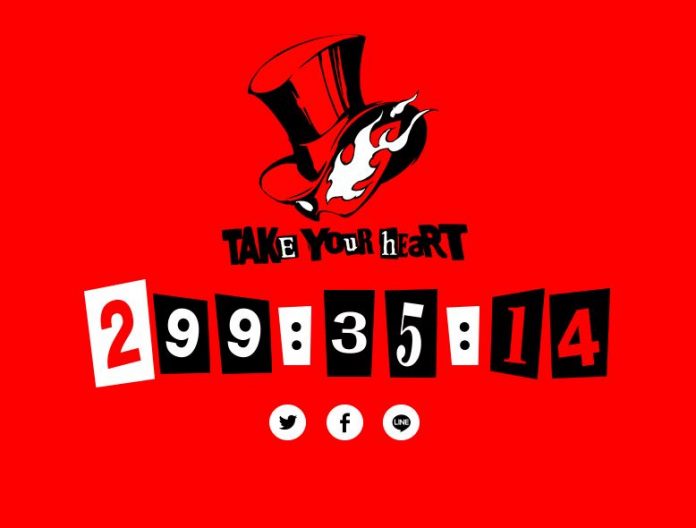 The official website of the highly anticipated RPG game “Persona 5” was recently updated, now showing a timer counting down to something that will be unveiled in less than two weeks’ time come May 5 at 5:30 AM PT. While no other information was teased as to what the May 5 reveal might be, fans are expecting a specific release date for the game that had been repeatedly delayed in the past years.

Game developer Atlus Inc. as well as the overall owner of the franchise, SEGA Games, have not announced any more details, much less a hint or a teaser, as to what the countdown might mean. Incidentally, the end of the countdown timer on the official site falls on the fifth day of the fifth month, or 0505, which coincides with the ordinal number of the new game in the series.

In a previous statement, game director Katsura Hashino shared details about the plotline of the game.

“For this game, we’re going with a challenge that fuses together a juvenile school setting that is as large as life, together with a picaresque romance,” he said. “In the previous game, we wrote a story that involved having a justice group chase down a bad guy that could easily be feared by just about anyone. This time, it’s about a group of high school students that are being ‘chased’ by unexpected occurrences due to the justice they believe in. We’re writing [the story] to convey a thrilling everyday life in the shoes of these characters, that are as large as life, in this juvenile school setting.”

With this, Hashino wants the game to make an impact and leave a mark on players and not just  provide temporary entertainment.

‘Sonic Mania’ latest news: Game gets backlash from players as it...

MacBook Pro 2016 release date, specs and features: what to expect