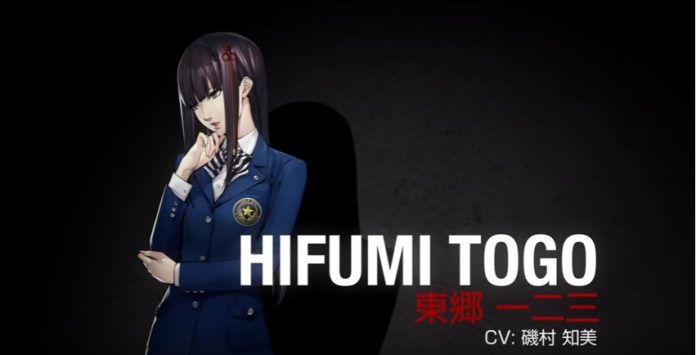 The upcoming Atlus title, “Persona 5” will enable gamers to form virtual bonds between the lead and some of the game’s other characters as the project is going to have social links. Some of these characters called cooperation characters can become the protagonist’s friend or confidant, and in some instances, they can even become the lead character’s girlfriend.

The profiles of these cooperation characters have been released in teaser clips on YouTube, and there are currently seven characters who have been revealed for “Persona 5.” These are Chihaya Mifune, Sadayo Kawakami, Ichiko Oya, Hifumi Togo, Shinya Oda, Yuki Mishima, and Toranosuke Yoshida.

According to Technobuffalo, Chihaya is a tarot card reader who tells fortunes in Shinjuku. She is described as being a pretty and cheerful girl, and her fortune telling is said to be infallible. It is rumored that she is an actual fortune teller, and she is also said to have a habit of recommending a “strange stone” to her clients. The character is depicted as a teenage girl with long, blonde hair, and Chihaya is wearing a navy long-sleeved shirt under a spaghetti-strapped purple dress.

Meanwhile, Sadayo looks to be a bit older and is wearing a striped yellow shirt, and her dark hair is styled into a chin-length bob with side-swept bangs. The character is said to be a teacher at Syujin High School and is the homeroom teacher of the game protagonist, Anne and Mishima.

Ichiko is a gossip blogger in her 20s who will write anything that sells. It looks like the character has a habit of making stories as she is said to spin information on her articles. The character has black hair, blunt bangs, and is wearing a white long-sleeved shirt under a black shirt.

Hifumi looks like a trendy Japanese student with her close-fitting dark blue blazer over a white shirt. She is a student at Kosei Public High School and her beauty made her known as the “shogi player who is too beautiful.”

Shinya is an elementary school student who shows exceptional skill in playing arcade games. He is depicted as a young boy wearing a red baseball cap and a blue and white jacket.

Yuki is a second year student at Syujin High School and is a classmate of Mishima’s. He is part of the volleyball team and is said to get closer to the protagonist after a certain incident. The character wears a white turtleneck sweater and has a trendy haircut.

As for Toranosuke, he is a man who likes to give political speeches at Shibuya Station. The character wears a dark grey suit, a red tie, and a green sash.

“Persona 5” launches in Japan on Sept. 15. and in North America next year on Feb. 14 for the PlayStation 3 and PlayStation 4.