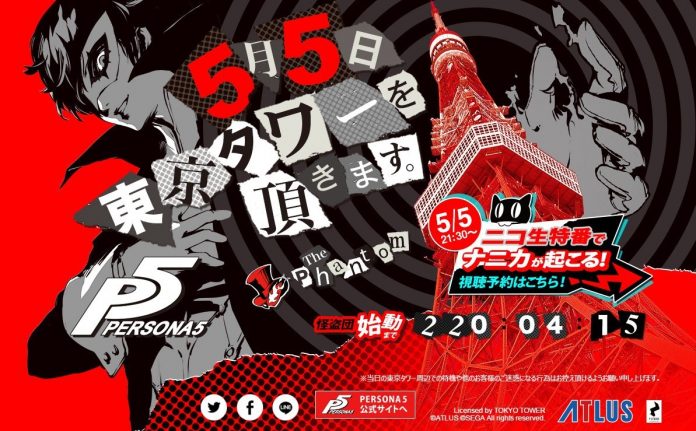 The latest installment in the “Persona” gaming franchise may not be available until the latter half of this year and some fans are arguably restless already wanting to know what the new title will bring. Fortunately, Atlus has recently confirmed its participation at the upcoming E3 (Electronic Entertainment Expo) 2016 scheduled to happen next month.

IGN cites that the fifth iteration of the aforementioned game is laced with details that will surely mesmerize its players. “Persona 5” will be the culminating title, bringing together all the best features from its predecessors. It is also notable how developer and publisher, Atlus was able to bring Tokyo in such a realistic way into virtual reality via the game. Aesthetically, it has picked a thing or two from another project from the Atlus in “Catherine” where the unconventional lines make its way to the center stage making its visual more engaging.

Unfortunately, only action-filled trailers are available at this moment when it comes to the game. An extended gameplay has yet to be released and that is what is touted to be staged at E3.

Director Katsura Hashino recently told Kill Screen that every “Persona” installment “address a problem that we see in society at that time, especially in Japan where the games take place.”

“We simply can’t ignore the current social issues when depicting our characters’ dark, hidden sides, their internal struggles, and the enemies they oppose,” he added.

The game which will follow five students escaping their normal lives for the hunt of something adventurous and new decided to create alter egos and decided to call themselves “Phantom Thieves of Hearts.” They then started to raid a palace which is built with people’s hopes and dreams and has been exploited by mysterious so-called authorities.

“It’s built upon a distinct mood,” Hashino teased, “the stagnant feeling that can be felt in Japan right now, but our unorthodox heroes will go all out to challenge the status quo. I hope everyone will look forward to and enjoy the experience that only the Persona series can bring you.”

“Persona 5” will have its initial release in Japan on September 15 with a North American release to follow thereafter.