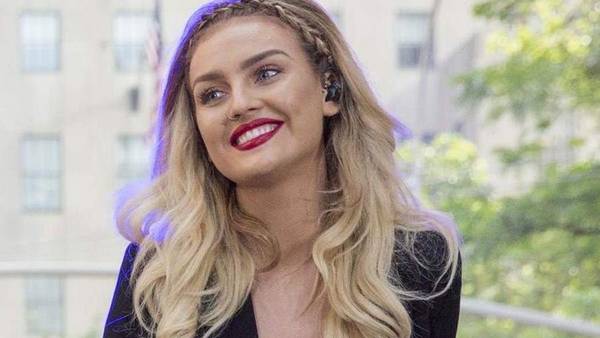 With Perrie Edwards and Zayn Malik on opposite sides of the globe and the latter being seen in the company of Victoria’s Secret model Gigi Hadid, fans holding out hope that the two would be rekindling their romance soon may have to wait a bit longer.

The Little Mix singer is currently in Japan with her bandmates on tour, while the former One Direction member is in L.A. working on his solo album. He has also been spotted in multiple occasions with Hadid, The Mirror reported.

As if to underscore that she is okay and enjoying her success, Perrie posted a snap of herself on her Instagram account looking fierce in a double thigh slit red dress while sporting a top knot hairdo which immediately had her supporters posting messages of admiration for their idol.

Meanwhile, a report by the Inquisitr indicated the Perrie and her mom were recently spotted moving into the London mansion the former couple bought together while they were still engaged.

It was reported that the home was supposed to be Perrie and Zayn’s house when they get married, but the couple split up a couple of months before Zayn unexpectedly left his band to pursue other things.

According to a Daily Mail report, the couple originally agreed to put the 4.2million property up for sale. However, Perrie’s recent move back into the place is a recent development.

“It could be only a temporary stay as Perrie looks for her own home, but for Zayn to have relented slightly is interesting,” a source was quoted by the site.

While Zayn or Perrie refused to divulge the real reason behind their breakup, Zayn, based on the same Daily Mail report, denied that he broke off with the singer through text and said that he respected their four-year relationship to dismiss it in such a callous manner.