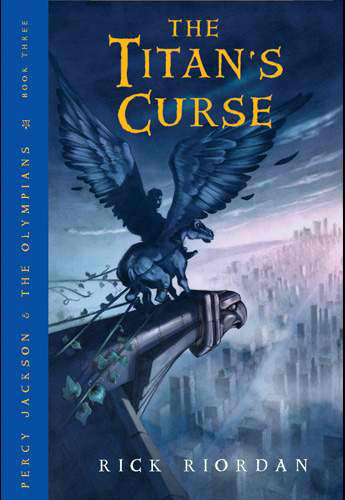 Fans of the young adult book-turned-movie series, “Percy Jackson,” still have to wait for an official confirmation if there will be a third installment or not, Ecumenical News reports.

The time it takes for the production of the movie which will be entitled as, “Percy Jackson: The Titan’s Curse,” is the major concern for its followers, the report stated. Logan Lerman who plays the titular role of Percy Jackson might not be suited for the 15-year-old character anymore. The same apprehension goes to the other actors involved in the movie.

However, Lerman said in an interview with Independent in March 2014, that his age will not be a problem, “If I was 30, sure I’d play Percy again”. He also added that a third movie is possible although there are no official words of the production yet, “I’ve never heard anything and it’s been a while since the second one was released, so I just haven’t heard anything about a third film. Unless they call me I think it’s unlikely… If we want to make a third one I have to do it, I’m contractually obligated to three movies. I love those movies, they’re a lot of fun to make.”

The first movie, “Percy Jackson: The Lightning Thief,” was first released by 20th Century Fox in February 2010. It was a box office success which might have prompted the studio to release its second installment, “Percy Jackson: Sea of Monsters,” in 2013. However, the movie was not well-received by both critics and fans.

According to Christian Post, the studio has most likely “shelved the project momentarily and is waiting for the right moment to realize it, whether as a sequel or a reboot.” The report mentioned that as a book, the third installment has received multiple best seller awards.

Even if the studio is keeping quiet about the franchise, fans are still hoping it will push through, with some aficionadas even drafting their own take for the possible direction of the movie.

'Battlefield 4' DLC news: Game expansions free to download for a...