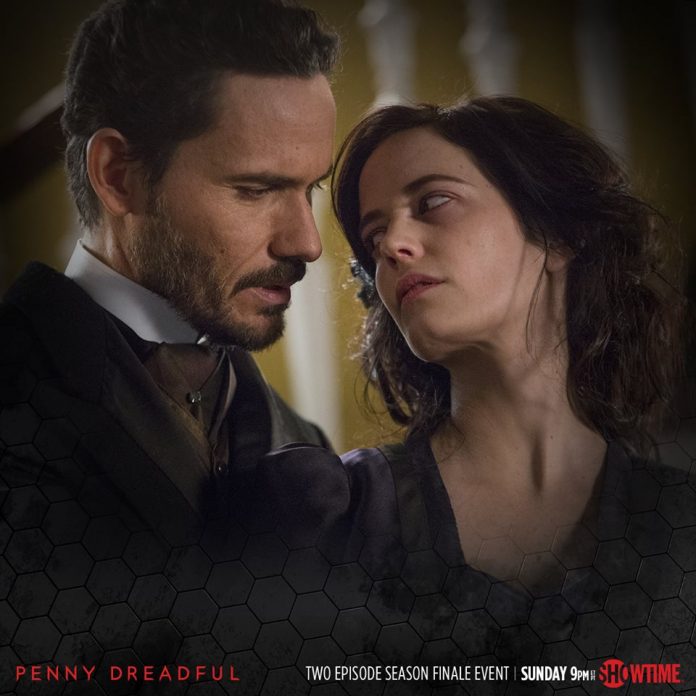 Fans of “Penny Dreadful” are not ready to give up on the possibility that the series will be picked up for a fourth season just to wrap things up. A couple of petitions are still lingering in the internet hoping for its revival. Unfortunately, the folks behind the British-American horror series continue to be adamant about its end.

“I can absolutely confirm it is really over, the end,” Logan said, standing by the same sentiments he had earlier when he penned his wrap-up announcement. “The whole idea to have this be the end of the series applies to all of the characters not just for Vanessa Ives [Eva Green] and I felt the ending was for Malcolm [Timothy Dalton] and Ethan [Josh Hartnett] was Ethan got the father that he wanted and Sir Malcolm got the family he needed and together they came to a nice thing of stasis.”

What is interesting, however, is that the 54-year-old writer is open to reconsidering the show a couple years from now which seems to have left a small glimmer of hope for fans.

“So, I’ll tell you if David Nevins comes to me in five years and says ‘hey remember Penny Dreadful? What are your thoughts?’ I would happily engage the conversation,” he added.

At this point, it is safe to say that “Penny Dreadful” will not be back with new episodes at least in the foreseeable future. But in the age of revivals and reboots, it might just be possible that Vanessa can find a new inhabitant different from Green. Or better, if the Golden Globe-nominated actress can also be back in the lore.

Needless to say, fans can only bask in and relive the series via reruns. Season 3’s home video release is tipped for early October with a lot of additional features. For those who can’t wait, the seasons 1 to 3 is now available to stream and binge-watch via Netflix.