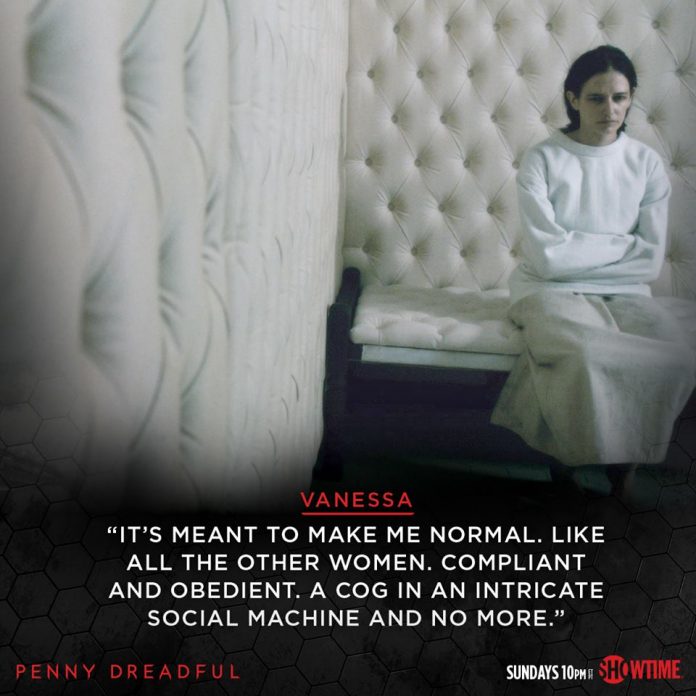 Following the two-part finale that saw the death of tortured heroine Vanessa Ives (Eva Green), “Penny Dreadful” creator John Logan and Showtime president David Nevins recently confirmed that the show has not been renewed for season 4.

Talking to TV Line, Logan stated that the season 3’s concluding episode is actually the series’ final installment, a decision that was made a while ago, “I knew, sooner or later, it would get to a point of apotheosis, where she would either accept her God or deny her God.”

Logan revealed that when he was planning the third season midway through the sophomore run, “I realized, ‘Oh, I see exactly where this is heading. She’s going to have that moment, and the only way she can truly have it is at the moment of her death.'”

Nevins added that when Logan came to him with the idea of ending the series, he considered talking him out of it. However, he felt like the creative elements of the show were dependent on Logan’s writing and on the critically acclaimed actress Green portraying the role.

Nevins admitted that he did not want to continue without the components that made the series great but given the trajectory of the narrative, it will have been unfair to warn their audience about the finality of it all. “People want to be surprised,” he added.

When asked if he thought about promoting the ending, “I considered it. But it seemed like the wrong way to do it. It wasn’t in the spirit of ‘Penny Dreadful.’ I’m sensitive about it, because I think the show has a really passionate fan base. And [they’re] going to be very emotional,” Nevins explained.

Logan was also inquired if the show could potentially carry on without Vanessa as there seems so much life left in the franchise and so many other characters to focus on, such as Catriona (Perdita Weeks) and Mr. Lyle (Simon Russell Beale).

“Vanessa’s struggle had to end, and it had to end in peace. That’s what the series was about for me. And as much as I love the other characters and the other actors and running this show, the central ticking clock of it was always Vanessa Ives,” he concluded.

'Jessica Jones' season 2 news: Malcolm may have a bigger role,...