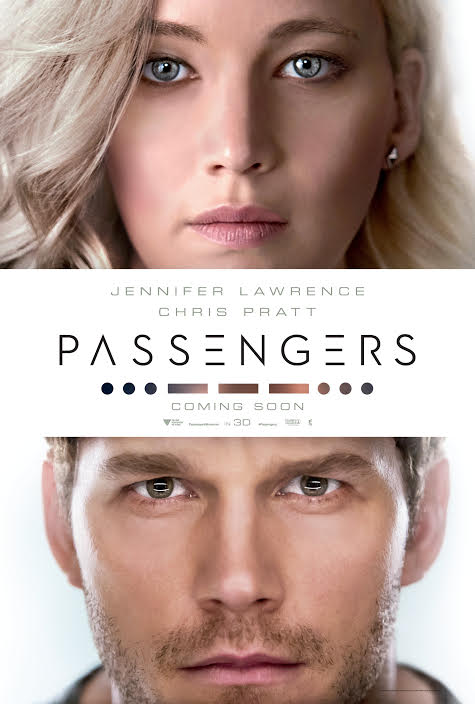 The living poster and trailer are posted on YouTube.

Aurora (Lawrence) and Jim (Pratt) are onboard a spaceship, aiming to start a new life on another planet. The supposedly smooth trip takes a deadly turn when the passengers were awaken 90 years before they reach their destination. The two need to find a way to survive in a ship that might collapse in outer space.

The two are programmed to sleep for 120 years while aboard the Starship Avalon. Problems in the sleeping chambers forced them to wake up. There are 5,259 passengers in the ship that should have arrived safely in the Homestead Colony.

Lawrence said in an interview with Flicks and the City 2 when she was asked about what she thinks about the characters, “I find the characters intriguing because it is such a huge decision to make a one hundred and twenty year journey. When you arrive everyone you know will be dead so you have to start a new life in a brand new planet that you’ve never been to.”

She added that she finds the sheer concept very interesting and innovative. The actors had to act alongside a green screen and do a lot of intenalization and a bit of imagination to convey the feeling needed in each scene.

The actors need to act alongside a green screen as well as do a lot of internalization and a bit of imagination to convey the feeling needed in each scene.

“Passengers” is directed by Oscar-nominee Morten Tyldum, with the screenplay written by Jon Spaihts. The film is produced by Neal H. Moritz, Stephen Hamel, Michael Maher and Ori Marmur.

Opening in theaters on Dec. 21, 2016, “Passengers” is distributed by Columbia Pictures.