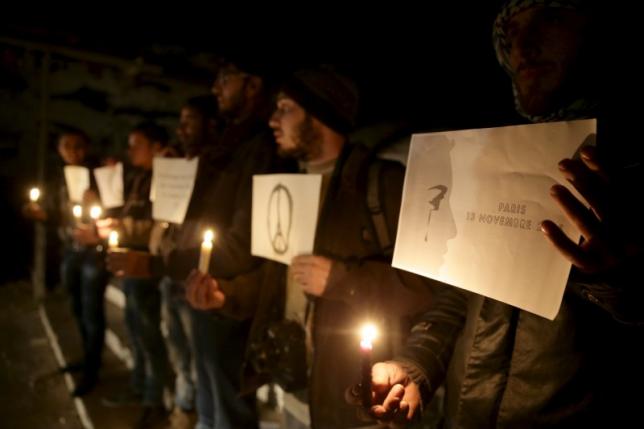 A key suspect in the Paris attacks, Salah Abdeslam, a Brussels-born French national, is the object of a worldwide manhunt, CNN reports. His photograph was released by French police with warnings that he is “dangerous.”

Abdeslam was said to have been questioned by the police in a routine check near the French-Belgian border hours after the attacks that took place on the night of Nov. 13, but was later released as he and the two men he was driving with were not yet on any wanted list. He is believed to have organized the attacks in Paris along with two of his brothers, Ibrahim, who French media report as having died in the attacks, and Mohammed, said to have been arrested Saturday in Brussels.

According to Le Monde, the names of the two brothers were on rental contracts of two cars with Belgian plates, a Volkswagen Polo, in Salah’s name, and a Seat, under Ibrahim’s. The black Polo had been found near the Bataclan concert hall at the bloodiest scene of the 89. The black Seat is believed to have been used for the restaurant attacks; it was found in Montreuil, a spokeswoman for the prosecutor’s office revealed on Sunday to CNN. BFMTV, a CNN affiliate, also reported that three Kalashnikov rifles were found in the said car.

The manhunt extends to accomplices and surviving members of the Islamist group that killed 129 people and wounded 352 others. Paris prosecutor Francois Molins told CNN Saturday that 99 of those wounded are in critical condition.

ISIS claimed responsibility for the coordinated attacks on Friday. Prior to this, CNN reported, Iraqi intelligence revealed an attack had been ordered by ISIS leader Abu Bakr al-Baghdadi on countries fighting the ISIS, although no specific dates or names of places were included.

Molins announced seven terrorists were killed, two of whom have been identified. One was Ismael Omar Mostefai, who had lived in Chartres until 2012, according to Pierre Gorges, mayor of Chartres; and Bilal Hafdi, French born and resided in Belgium. The Guardian reported Mostefai as one of three who blew himself up, killing the 89 people.

The killings were spread over a number of sites: the Bataclan concert hall stage where most of the victims were killed as well as two attackers who detonated suicide belts and one taken by police gunfire and his suicide belt; Stade de France where three suicide bombers and one man walking by were killed and where the French president, Francois Hollande, had been watching a game; and in various restaurants, cafes, and bars where some 39 were killed and one critically wounded, with one attacker also killed.

Across France, a state of emergency has been declared by Hollande. The world mourns for the victims of the massacres. CNN reports on the United States president Barack Obama calling it “an outrageous attempt to terrorize innocent civilians,” while Pope Francis, in a report appearing on CNN, condemned the act in a telephone interview with TV2000, saying, “There is no religious or human justification for it.”

China will not allow violations of its territorial waters