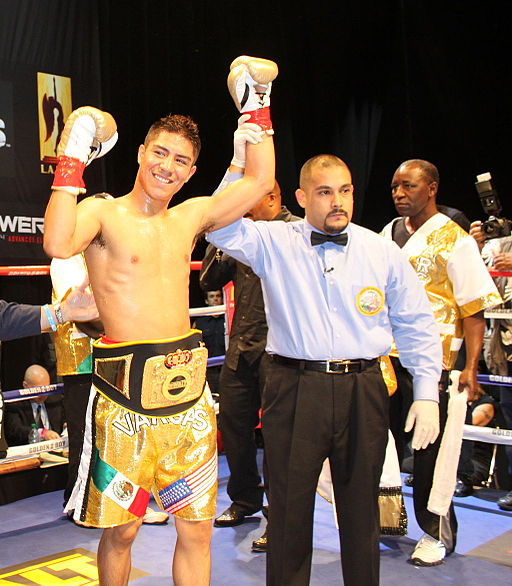 The said fight is set to take place on April 9<sup>th at the MGM Grand Garden Arena in Las Vegas, the same venue where the two previous fights in June 2012 and April 2014 were held.

It will also be Manny Pacquiao’s 66<sup>th and supposed final professional fight before fulfilling his aspirations as a full-fledged politician in his home country of the Philippines. “Pacman” is running for a senatorial seat during the 2016 Philippine Elections, which will be taking place on May 9<sup>th.

But despite Pacquiao’s retirement plans, Arum seemingly holds more plans for his most prized ward. In a report by Victor Salazar for Boxingscene.com, the 84-year-old veteran promoter says he wants the winner of the said fight between Pacquiao and Bradley to face current WBO welterweight champion Jessie Vargas.

Vargas is coming off a ninth round TKO victory over Sadam Ali on Saturday night, where he won the 147-pound world title.

“Maybe we’ll wait for the Bradley fight to see if we can put Ali in there with the winner of Bradley-Pacquiao,” Arum said. “It’s up to the winner of the fight but it’s definitely the fight I want to make, Vargas vs. the winner of Pacquiao-Bradley.”

Vargas first and only professional career loss came in the hands of Bradley, when they fought in June of last year. “Desert Storm” won the fight via unanimous decision where he escaped by the skin of his teeth amidst Vargas’ last minute barrage late in the 12<sup>th round.

For Vargas, there still lies some unfinished business between him and Bradley, and it is something he wants to take care of, sooner than later.

“I would appreciate you come up to your word, do as you said, give me a rematch,” Vargas said right after defeating Ali. “We have unfinished business.”