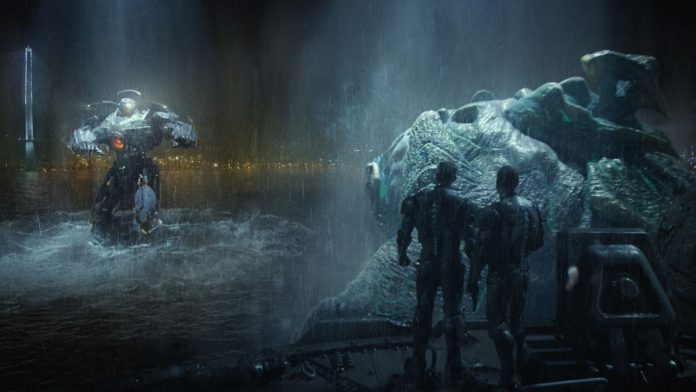 Following the original 2013 movie helmed by Guillermo del Toro and written by Travis Beacham, production for the second installment is currently underway in Fox Studios Sydney under the direction of Steven S. DeKnight. Although the synopsis remains under wraps, Jack Gao, head of Wanda which owns Legendary, teased that storyline has a strong connection to China. It will also shoot some scenes in Queensland, Australia.

Collider shared some leaked photos from the set providing the first look at Boyega’s character in civilian clothes and not on his own giant battle robot yet. The setting in the photos appears to be a poverty-ridden street with the homeless camped out in tents. It is presumed that the post-apocalyptic scenario may have been caused by the kaiju monsters that would wreak havoc in the city on a regular basis.

Del Toro previously shared that the concept for “Maelstrom” has changed as compared to the first film. It picks up a few years after “Pacific Rim” where people have transitioned back to a world without kaiju. However, the narrative will revolve around the repercussions that the Jaeger technology brings since the kaiju are not a threat anymore. Some deem that it will be used as a weapon of mass destruction. However, it remains to be seen if it indeed happens.

Fast and Furious 8 news: Vin Diesel and Kurt Russell in...