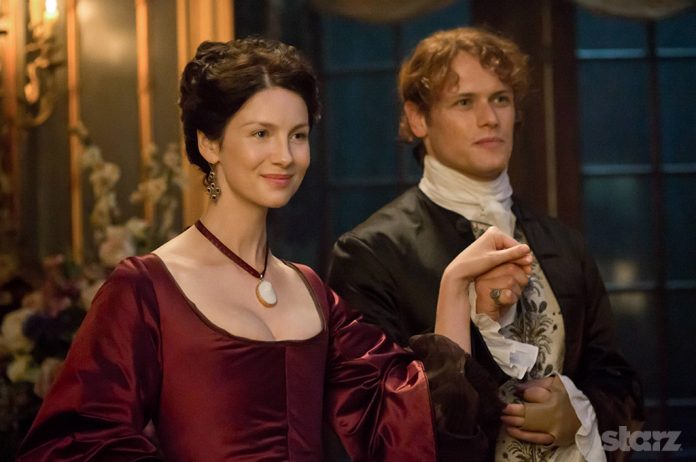 Jamie Fraser (Sam Heughan) will still be haunted by the torture and rape he experienced from Black Jack (Tobias Menzies) during the first season’s finale episode of the adventure-historical fiction-romance series “Outlander.”

Speaking to TV Guide, Heughan revealed that his character will go through some mental trauma in the upcoming season of the show, thanks to the period setting of the story that does not make the help of a clinical psychologist available.

“He did something that was out of his control. He betrayed Claire and he feels guilty about that. He feels that he can’t be the husband or the man that he wants to be. He needs some sort of reconciliation,” he further disclosed as to how his character will pan out on the next season.

However, the ordeal will not only take its toll on Jamie as Claire (Caitriona Balfe) will be reeling from the aftermath of Jamie’s inhumane experience too.

“If you watch someone that you love go through something as horrific and traumatic as that, it can’t help but affect you; the empathy that you would feel for the person that you love and the guilt as well, because you wish that you could take away their pain and you can’t,” Balfe said in the interview.

Feeling guilty for not being able to help her husband, Claire will be actively involved in Jamie’s quest to rebuild his life. While it is true that her pregnancy can be a great help for them to put the horrendous past behind them, Claire will come up with an idea she believes will speed up Jamie’s mental and emotional healing: give Jamie a mission that will change the future.

Meanwhile, Spoiler TV reported that the first episode of the show’s season two is titled “Through a Glass, Darkly.” Carter Matt noted that the said title is lifted from the Bible, which is interpreted as having an obscure perspective of reality but eventually changing it to a clearer one. With the revelations of Heughan and Balfe on what becomes of their characters in season two, the reason why the first episode of the second season of the show is titled as such should not really be above its viewers’ head.