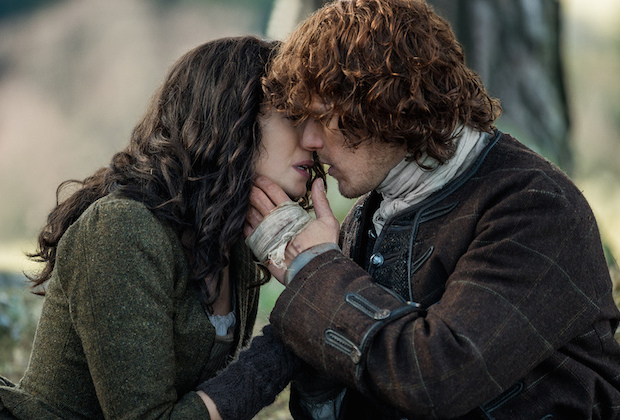 “Outlander” handled the passage of time pretty well in their first two seasons. And it appears that they will continue to tap into their special storytelling skills with season 3’s leaked set photos showing a young Jamie fighting in the Battle of Culloden.

Fans know that production for the period drama has already commenced, with Sam Heughan, who plays the show’s hero, writing on his social media about it. “First day. Season 3. Done. Zzzzzzz #goodToBeBack,” he tweeted earlier this week.

A new article published by Just Jared previews Heughan bloodied and still looking like a younger version of Jamie. By the end of “Outlander’s” second season, a flash forward worth 20 years was rolled out with an aged Claire already featured. Played by Caitriona Balfe, the time-travelling nurse came back to Scotland for a visit with daughter Brianna, who is brought to life by Sophie Skelton.

Last month, the Scottish actor was already asked about his thoughts on the still mysterious aging of Jamie. Vulture caught up with him while attending a special screening for “Star Trek Beyond,” where he cleverly responded.

“It’s less about his appearance, and more about who he is without Claire,” he explained, referring to the life he endures while Claire is back on her own time period. He goes on saying that aside from the aesthetic difference for the returning characters, season 3 will also bring a different sense of overall feeling.

“It’s going to be a completely different show,” Heughan furthered. “Next year’s stuff is probably the most interesting, in a way. We’ve been setting it up, setting the stage, introducing these characters, and now it goes into new, different worlds.”

Coming to a new lore, “Outlander” season 3 will be tackling Diana Gabaldon’s “Voyager” novel. And while the small screen adaptation of the hit book series has yet to significantly deviate from its source material, executive Ronald D. Moore has previously said that they will start pushing boundaries in an effort to have a more interesting narrative that is loyal to but not limited to the books.

Regardless of what gets changed, Jamie and Claire are bound to reunite one way or another in season 3. The question is how and when. Executive producer Maril Davis exclusively told Entertainment Tonight that while it is as good as confirmed, fans would have to earn the much-awaited reunion.

“I would hate to see them together immediately. Like I said, we’re still kind of figuring that out, but you should feel that 20 years has passed and it shouldn’t be easy,” she explained. “That’s a huge separation for them and they think they’ll never see each other again.”

No official return date for “Outlander” has been set but fans have been assured that “Droughtlander” will not be as long as the previous one had been.