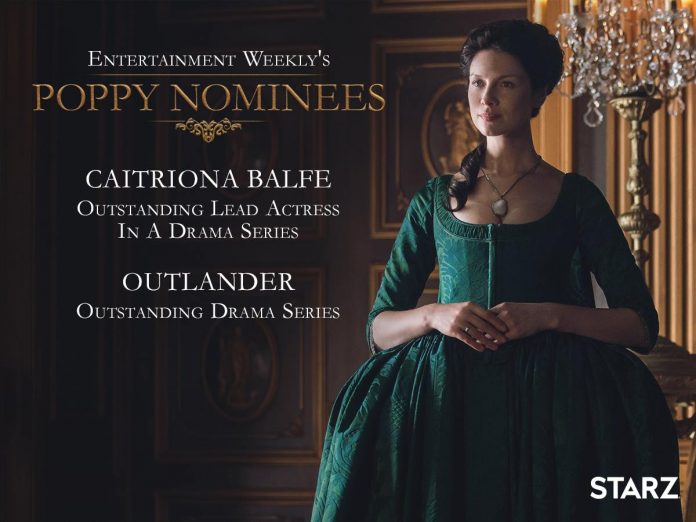 Showrunner Ronald D. Moore recently teased that the highly anticipated season 3 of Starz’s “Outlander” will be exciting and different from the previous two seasons.

During his appearance at the Creative Arts Emmy Awards 2016, Moore revealed that the upcoming installment based on Diana Gabaldon’s book titled “Voyager” “involves a sea voyage and going to the Caribbean and to Jamaica and it has war elements and more 20th century stuff and back-and-forth time travel elements. It’s a big, new, brand-new season.”

With the production currently underway in Scotland, the first teaser photo of Jamie Fraser (Sam Heughan) has also been released. According to The Wrap, the character looks remarkably similar to how the viewers saw him by the end of the sophomore run because the premiere episode immediately picks up where the finale left off.

It is expected that the storyline will follow Jamie’s journey after losing the Battle of Culloden in the 18th century and dealing with Claire’s (Caitriona Balfe) absence. The latter returned to her life back in 1948 with her first husband Frank (Tobias Menzies).

Aside from the return of the regular cast members, Australian actor David Berry will make his debut for the role of Lord John Grey. He is described as a “steadfast and honorable British subject who is torn between a finely-honed sense of familial duty and a strong moral compass of right and wrong.”

Grey, as the governor of Ardsmuir Prison in Northern Scotland, is speculated to develop feelings for Jamie as they meet inside jail. They may likely have an interesting encounter but it remains to be seen how Jamie reacts when he finds out about Grey’s true emotions.

Season 3 will have 13 episodes and it is expected to air sometime in 2017. A part of the official synopsis reads, “Separated by continents and centuries, Claire and Jamie must find their way back to each other. As always, adversity, mystery, and adventure await them on the path to reunion. And the question remains: when they find each other, will they be the same people who parted at the standing stones, all those years ago?”